An Edmonton Alberta bus advertising campaign to assist girls who feel they may be under genuine threat from their community should they deviate from the demanded (usually) islamic cultural rules and so on began this week and a resident took the time trouble and initiative to get a few pictures of the busses as they rolled by for us all. This was no trivial thing as there was no way to know which bus had them or when they would be on route. So this took much patient effort. A sort of bus safari.

So far our street reporter has managed to catch one of the ads but not without being followed by a muslim acting, according to our volunteer, in intimidating ways towards our photographer. More on that soon. 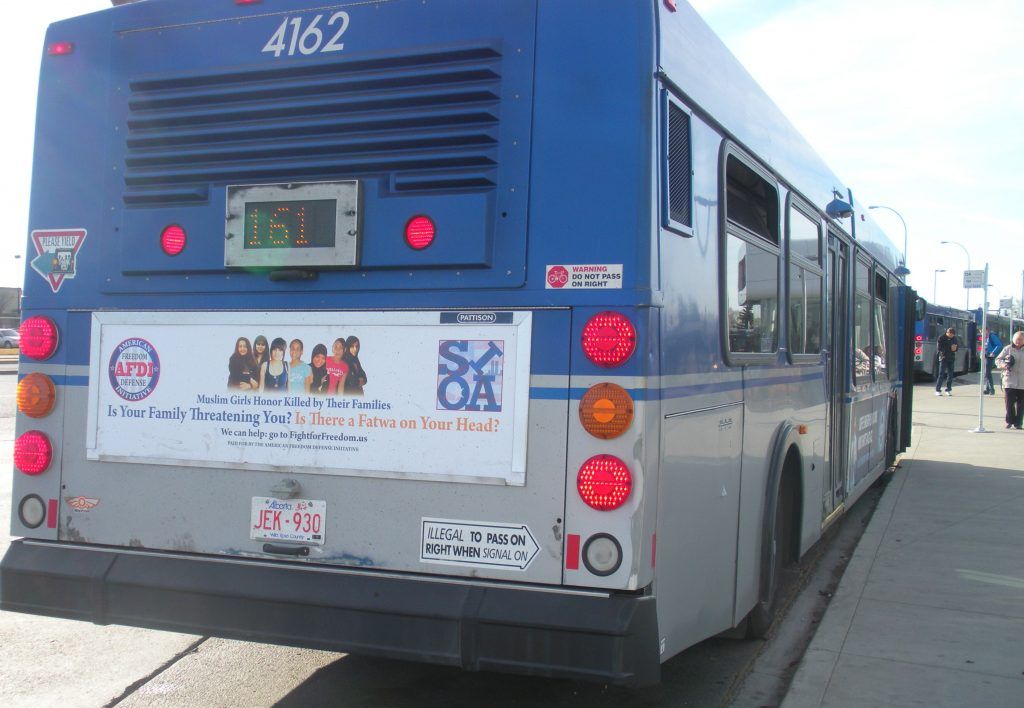 From the email I received from the photographer:

There are five of these counter ads running, I have only photographed one.

I was obviously stalked by a seriously pissed off young islamic man, who stomped around flexing his body in a threatening manner,

(this occured at a busy bus terminal
where I spent a couple hours monitoring the bus numbers, waiting to get shots of Pams ads, and no surprise, as when I took several shots of one bus, there was quite a buzz happening from a group of islamic clothed young women…this intimidating body built islamic guy appeared shortly afterward…

Below, a little dawa on the bus. The competition. So long as these ads are allowed… 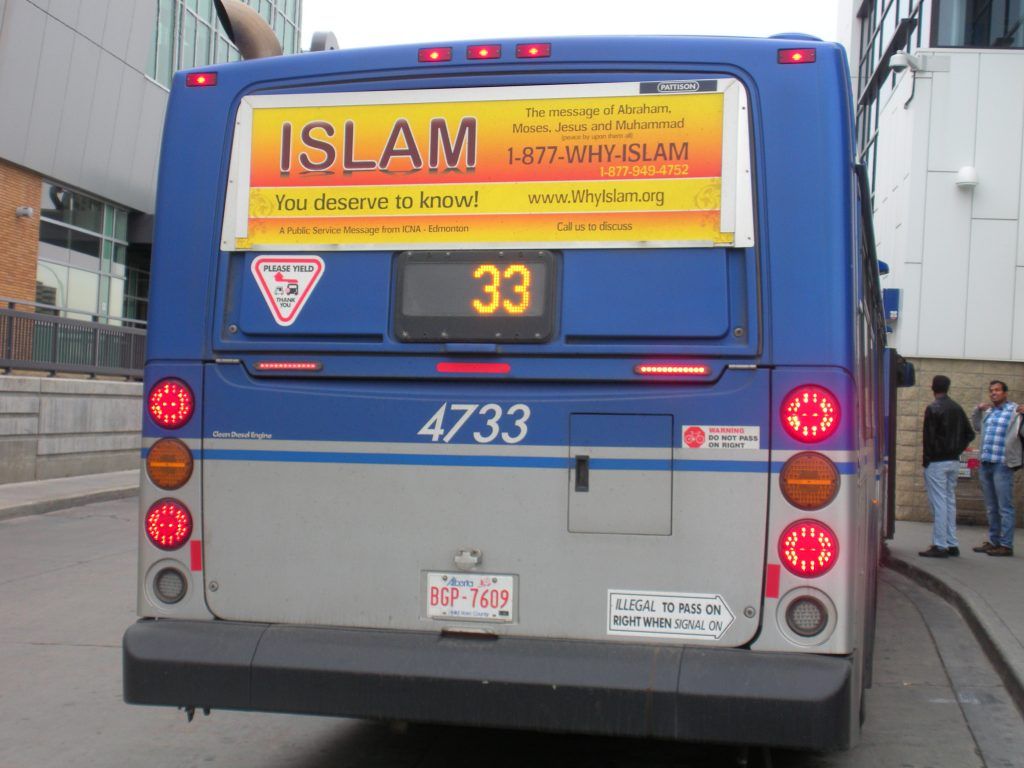