Translation by XML SIMON With Thanks. 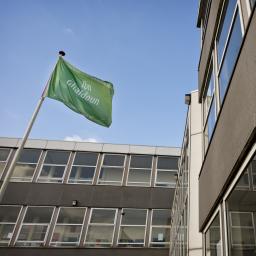 In addition, it emerged from inspection that the quality of education had been poor for years. There were also administrative and financial problems.

State Secretary for Education Sander Dekker (VVD) announced last month in response to the findings of the inspection that state financing would stop as of 1 November. Shortly after, the school filed for bankruptcy.

The more than six hundred pupils of the school can for the time being be accommodated by the Christian association Melanchthon. They will be taught at the current location as a temporary branch of the school association. There will however be completely new teaching staff.

(Note from translator below)

What is more disturbing is that apparently the authorities had been tipped off about grade and exam fraud at the school in April, 2 months before it came out about the exam papers being stolen, and did nothing. They are now claiming that it was because they had planned an inspection anyway. There will be an enquiry, but you can be certain the excuses will come thick and fast. Should point out the seriousness of the exam paper theft – all schools thoughout the country get the same exams. The papers had been stolen, so in theory every kid in the country could have known the questions in advance. The authorities had to do some serious damage management.

The NRC newspaper has a copy of the letter sent by an anonymous teacher in April to complain about the school.
http://www.nrc.nl/nieuws/2013/09/27/onderzoek-nrc-inspectie-deed-niets-na-tip-ibn-ghaldoun/

It turned out that teachers has been fiddling with the grades, letting kids go on to the next year they should have stayd behind. Apparently the school’s true academic results were shocking.

3 Replies to “Islamic School in the Netherlands declared bankrupt”