Saint James the Moor-slayer (Spanish: Santiago Matamoros) is famous Spanish myth. He was said to be St. James, son of Zebedee, an apostle of Jesus. Legends said he appeared in the fictional Battle of Clavijo on 23 May 844, in which Spanish Christians defeated the Moors (Muslims), during the Reconquista. He is a myth and the battle is too, but he remains as Spain’s patron saint.[1] 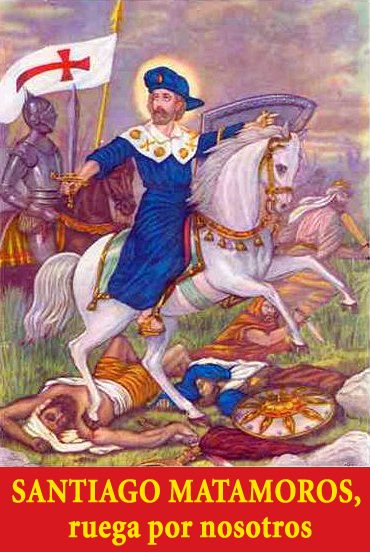 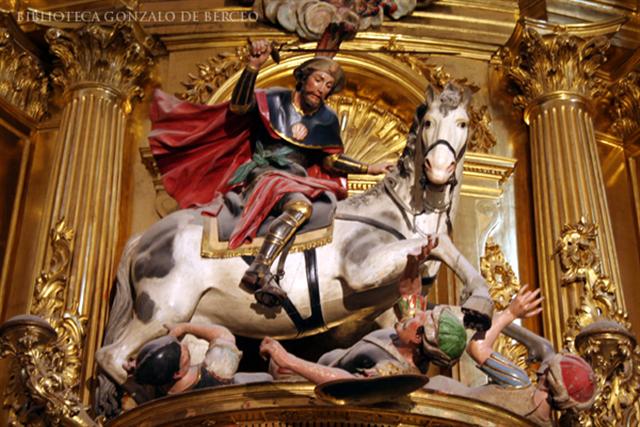 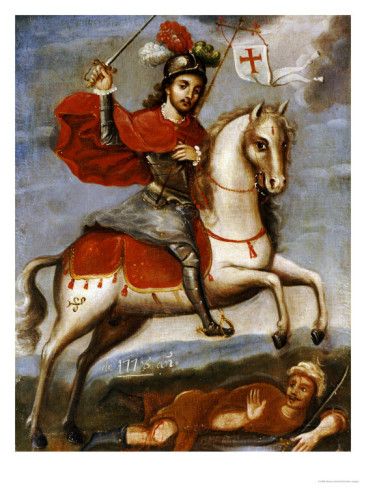 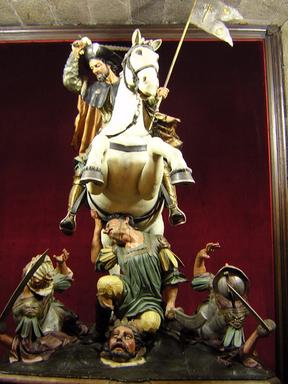 C.B. Sashenka adds the following:
Like Spain, the France train crash was on a holiday as well, on the St. Bastille weekend – St Bastille is the symbol of the uprising of the modern nation and of the reconciliation of all the French inside the constitutional monarchy.

Islam doesn’t like France’s St Bastille Day which celebrates its patron Saint Denis, or Spain’s patron St James. As of a few minutes, the train derailment outside city of Santiago de Compostela, has so far killed at least 60 and injured over 135…….

From this we may be able to deduce which city will be next as these are clearly attacks based on religious commemorations and especially ones that show the unbelievers defeating attacking Muslims.

4 Replies to “…and what might we find in the town where the train was attacked?”