Gunmen detonated four bombs near the offices of the Pakistani intelligence agency and other security forces in the town of Sukkur, state TV reports.

Sporadic gunfire was reportedly heard in the area following the explosions

Im not saying that this is connected to the attack on the Spanish train today or anything because saying that apparently is like calling the walking dead zombies in an actual zombie movie. For some reason, you just can’t say that.

2. Roger Waters tips his hand at concert. Floats pig with star of David symbol on it. Here is is song for Palestine. Maybe he should have that concert in Gaza. See how it goes over with the muslims in charge.

Pig-shaped balloon with Star of David alongside fascist symbols released during British musician’s concert in Belgium. ‘I really love his music,’ says Israeli viewer, ‘but this time he crossed the line’ 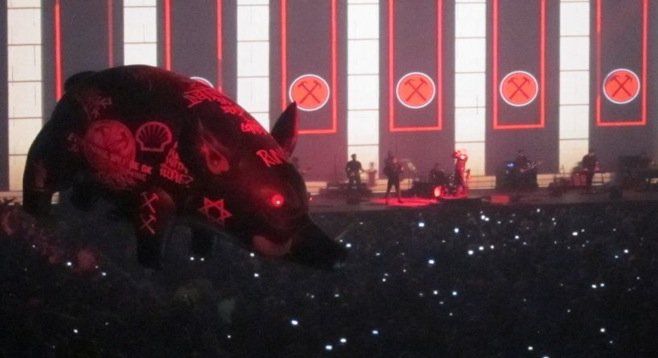 Hamas has issued orders to free former Egyptian President Morsi and other Muslim Brotherhood prisoners in Egypt, according to a letter allegedly written by the terrorist group’s military wing that was published in the Arab press. The stated end goal is “establishing an Islamic Caliphate;” a goal that can only be achieved by wiping Israel off the map.