According to UK Pete:

“This UK beheading was 12 days after Lee Rigby but the authorities refused to give the name of the murderer till now.”

Man, 20, appears in court accused of beheading 18-year-old woman then attacking five people while he was being treated in hospital 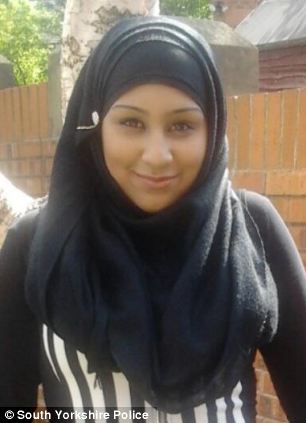 The victim’s family said: ‘We are devastated as a family at the loss of Reema’

A 20-year-old man has appeared in court charged with the murder of a young woman who was beheaded in a knife attack.

Miss Ramzan, who was from the Darnall area of Sheffield, died on June 4 following an incident at a property on Herries Road, in the city.

Detectives said she suffered a severe knife attack resulting in fatal injuries, including the severing of her head.

Hussein, of Sheffield, is also charged with assaulting five people at Sheffield’s Northern General Hospital, where he was taken following his arrest by police.

He stood in the glass-fronted dock today flanked by two uniformed police officers.

Sporting full beard and short, dark hair, he wore a navy blue T-shirt and spoke only to confirm his personal details and that he understood the charge.

2 Replies to “Police had name of second British beheader but waited till now to release.”