It would be difficult to think of a better example of why multiculturalism is an oxymoron. No wait a minute…

When a young Afghanistan war hero appeared before a city council, it seemed the right thing to give him a standing ovation.

Lance Corporal Matthew Croucher, 26, had been awarded the George Cross for throwing himself on a Taliban hand grenade to save his comrades.

He survived only because his backpack took the force of the blast. 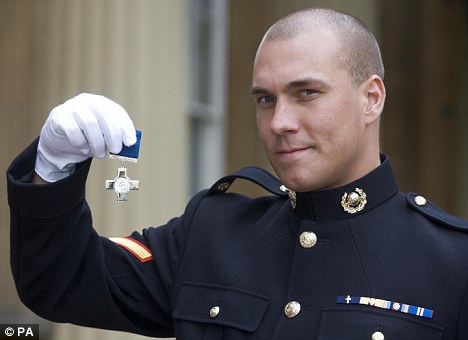 Hero: Matt Croucher who won the George Cross was the subject of an anti-war protest by Muslim councillors at Birmingham City Council

But to the horror of the rest of the council chamber, while most leapt to their feet to applaud him, two Muslim councillors remained firmly in their seats.

Salma Yaqoob and Mohammed Ishtiaq, from the Respect party, insist that their refusal to clap the Royal Marine was a point of principle.

But following the meeting at Birmingham City Council on Tuesday night, fellow councillors said they had grossly disrespected the soldier.

Conservative Cllr John Lines said: ‘They should be ashamed of themselves.

‘This was not the time or place to stage an anti-war protest – this man risked his life for his comrades.

‘I was happy to give this hero a standing ovation and I have invited him to be guest of honour when we open new houses for ex-military personnel later this year.’

Peter Douglas Osborn, another Conservative councillor, added: ‘As far as I am concerned it is no longer the Respect party, but the disrespect party.’ 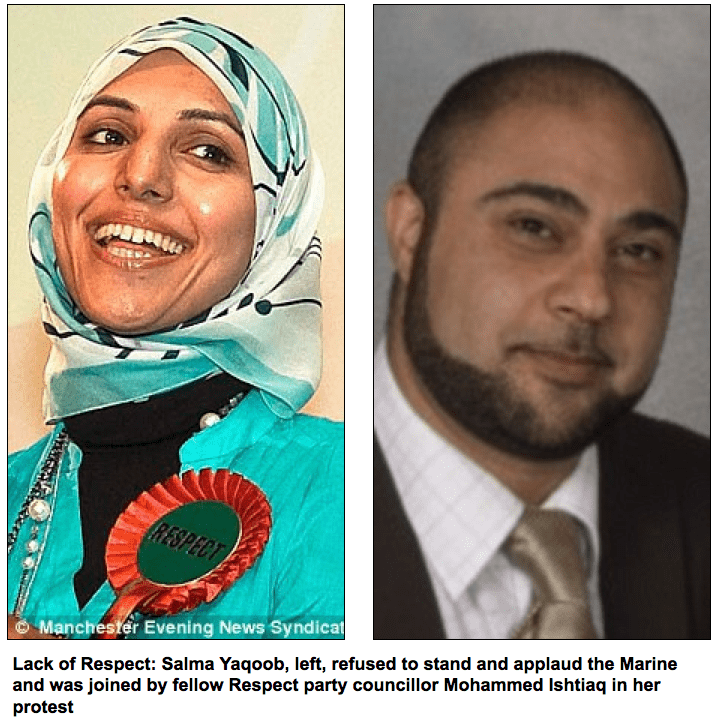 15 Replies to “So much for respect: Two Muslim councillors refused to clap war hero”