Typical. We enact measures that restrict our own freedoms and civil liberties for greater security due to a threat which is overwhelmingly from the Muslim community, and then we exempt the Muslims from having to endure those inconveniences. Just like airport security in Montreal where Muslims in burkas can sail through security which the rest of us have to endure annoyance and humiliation. 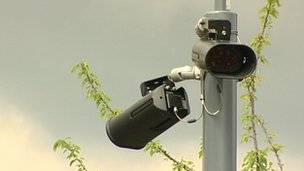 An MP has said more than 200 so-called “spy” cameras which were put up in largely Muslim areas of Birmingham should never have been removed.

The cameras, which were removed in late-2010 after never being switched on, sparked protests from residents.

An independent report was highly critical of the scheme and the police.

Mr Mahmood’s comments came after three men from the city were convicted on Thursday of plotting a suicide bomb attack which they said would rival 9/11 or the 7 July bombings.

2 Replies to “Khalid Mahmood: ‘Spy cameras should have stayed’”