Today an article was published in Belgium’s ‘The Standaard’ (sic) revealing that a high level member of a legal and elected political party was actually a “mole” for state security. That is to say, if you are as incredulous as I am to read this, that the government of Belgium deigned to assign a security agent to infiltrate a legitimate political party that represents the will of many people in Belgium, presumably for the purpose of discrediting or defaming it.

It is also possible that they managed to use a legitimate member of Vlaams Belang in the same manner. Either way it speaks exactly the same to the integrity of the Belgian government and its clear and obvious contempt for Parliament and the democratic process as a whole.

If there was such a thing as a world court that had any actual value in terms of defending the democratic process as opposed to upholding the Frankfurt School narrative, then Vlaams Belang should sue for damages and demand an immediate election. 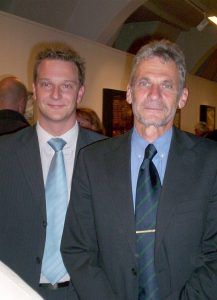 One Reply to “Belgium disgraces itself and democracy as a whole.”