UPDATE: ‘Ben Dover’ informed me that this video was pulled for YT terms reasons. Here is TY’s explanation for the removal: 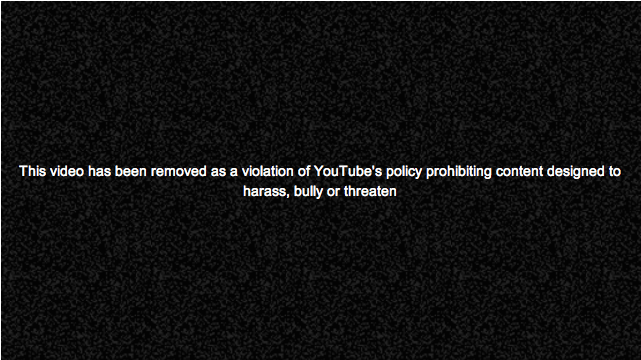 One has to agree. This was fully intended to harass, bully and threaten. However it is crucial that people who are unaware of Islam’s true nature see this so they may know that is the nature of the thing. In that spirit please see my subtle re edit of the original video below.

So what does it mean to have millions of Muslims in a nation, especially in an era of political correctness and moral and cultural relativism? Well here is a pretty good example of the latter stages of ‘No Go Zone’ creation, where the state cedes all sovereignty to hostiles and accepts the moderately paced erosion of the nation state, selectively applying all of its own laws only against the indigenous Western minded people to the advantage of the violent invaders. Why? Because governments prefer the illusion of peace and security even temporarily to the application of force on its own streets. Partially because of the ideology of those in charge, but likely just as much because of how the media will present it if the West fights back to enforce its own values on its own jurisdictions.

It could be added that the class with influence in England especially does not live anywhere near these “Muslim areas” and the class that does, is widely viewed as the great unwashed by the non-working class. And any attempt to even sound the alarm by the indigenous British who live in these areas are met with force due to the perversion of the constabulary from an organization that enforces British law, to one that guarantees political hegemony at the cost of British law.

This video from The Commentator

18 Replies to “The ‘Balkanization’ of England and Western nations, and the cost of Islamic immigration “A Muslim patrol””