Yesterday the EDL gathered outside Wandsworth prison to protest the politically motivated imprisonment of their leader Tommy Robinson. Robinson has been imprisoned having alleged to have entered the United States illegally. The accused of this alleged transgression usually doesn’t get locked up for over 23 hours a day without even use of the prison gymnasium allowed. Not everybody though stands up against the pro-Islamic far-Left establishment of the United Kingdom, hence Robinson’s detention.

A welcome change to usual EDL events was that there were no UAF members staging a counter protest. As a result of this patriots were allowed to overtly profess their love for country and for Tommy Robinson without the customary cavalcade of bricks, bottles and other missiles being thrown at them. 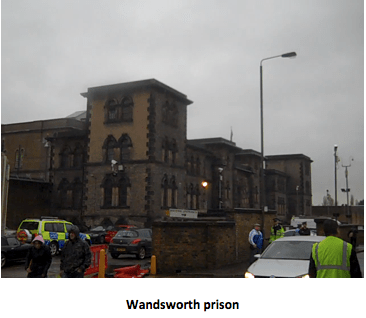 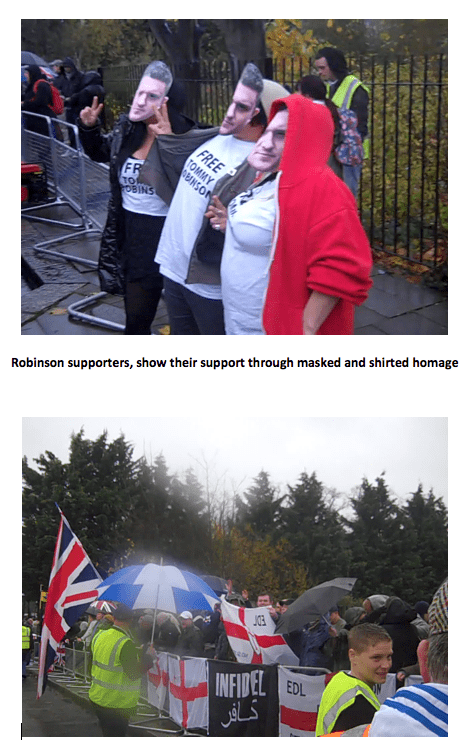 Robinson’s incarceration comes amid Abu Qatada’s reprieve from deportation that will cost the British taxpayer’s millions of pounds a year. What is more Robinson is being refused bail at a time when nine Muslim pedophiles charged with raping children have been granted bail. The present political establishment has deemed that one of the only ways they can hang onto control in this country is to treat their opponents as lower than those who rape children. Although Robinson’s treatment is horrific his continued imprisonment at least shows that he is a threat the British government takes very seriously. And that is something that the EDL supporters who turned up amid the rain and cold can find very heartening indeed.