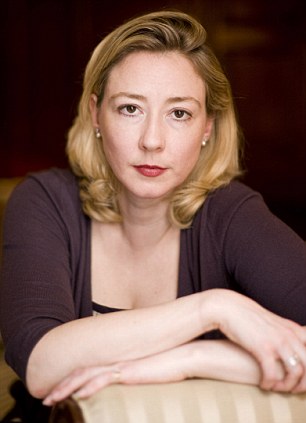 She has heard them many times over the past few days, but speaking the words ‘racially aggravated assault’ still causes Cinnamon Heathcote-Drury’s entire body to shake and tears to stream down her face.

Her name may have been cleared, but it is obvious the scars of being accused of a vicious hate crime will be more difficult to erase.

Last Thursday, a jury at Isleworth Crown Court in West London took just 15 minutes to acquit her of shoving a pregnant Muslim woman to the floor and calling her husband a terrorist during a row in Tesco. Despite Miss Heathcote-Drury’s relief at the verdict, her sense of bewilderment at what has happened remains her overwhelming emotion.

The investigation that led to the celebrated photographer – whose work hangs in the National Portrait Gallery – being tried was described in court as ‘a shambles’.

To her, it often felt like being trapped in a dystopian world in which she could not make her version of events heard, no matter how hard she tried.

Although, in fact, she says she was the victim of assault, her own accusations were dismissed while her accusers’ claims were pursued by police.

Today the elegant 41-year-old is exhausted, but grateful finally to have her chance to explain the truth about this strange and disturbing case.

‘I’ve been going out of my mind since this all happened,’ she says. ‘I’ve been on antidepressants and anti-anxiety pills because of the stress.

‘I didn’t even tell any of my friends about the charges until April, because I couldn’t bear to say them; they were too hideous. I have a lot of friends of different ethnic backgrounds and I didn’t want to plant even the smallest doubt in their minds about me.

‘Before this, I believed that if you were innocent and told the truth, you would be protected by the system, but I’ve learned some very hard lessons.

‘I kept waiting for my story to be investigated, and it never was. Of course it was an enormous relief to be acquitted so quickly, but I find it absolutely terrifying that the case against me could have gone as far as it did.

‘The sense of powerlessness at what was happening was overwhelming.’ 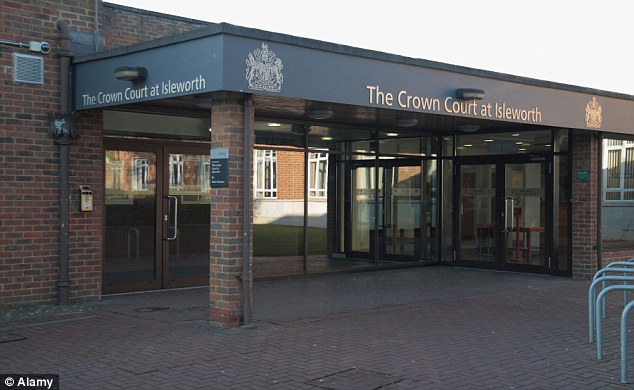 Eleven of Cinnamon Heathcote-Drury’s portraits hang in the National Portrait Gallery, including a pensive shot of London Mayor Boris Johnson and one of broadcaster Zeinab Badawi.

Her career began in 2000 when she asked Newsnight presenter Jeremy Paxman to pose for the gallery section on news gatherers.

Her other subjects include politician Kenneth Clarke and War Horse author Michael Morpurgo.

The couple became infuriated. ‘The husband came up behind me and said in my ear, “You f*** off,” which I found very intimidating,’ Miss Heathcote-Drury says. ‘I wanted to get out of the shop as quickly as possible, but he approached me again.’

She called for a security guard and when one arrived, he began speaking to the man. Meanwhile, Miss Heathcote-Drury, who had paid for her shopping, was making her escape down the aisle when she claims she felt a sharp pain in her left shin and stumbled.

‘The woman was standing with her hand on her hip and smirking. She wanted to humiliate me. Then she hit me on the left cheek.’

According to Miss Heathcote-Drury, a struggle ensued in which she was kicked in the right shin and her hat was wrenched from her head before the woman lost her balance and fell.

The security guard called the police while the couple continued to put their shopping through the till.

6 Replies to “‘I thought the innocent were protected … it’s been a hard lesson’: Celebrity photographer kicked by Muslim woman she tried to help tells of pain at being charged as a racist”