Now might be a good time for those of us not familiar with it, to educate ourselves as to the history of the US marines and the Barbary Pirates wars. Those who are familiar, may want to educate friends on it.

Islam uses its history to make its future.

A gang of thugs kidnapped a 14-year-old and told his parents they would chop his head off if they didn’t pay a £40,000 ransom, a court heard.

Abdal Miah, 29, Liban Mohammed, 20, Anjam Shaffique, 30, and Carlos Treazure, 27, are on trial accused of snatching the unnamed youngster off the street.

The terrified teen was allegedly taken outside an off-licence in Sheffield, South Yorks., dragged into a car, and driven to a rural village – where he was eventually released eight hours later. 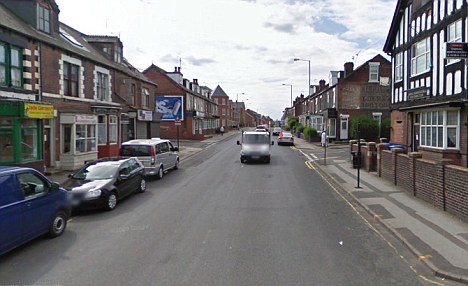 Snatched: The teenager was allegedly kidnapped on this Sheffield street

Sheffield Crown Court heard the teenager had a hood placed over his head, and was forced to make phone calls to his father and mother relaying his abductors’ ransom demands.

Alistair MacDonald QC, prosecuting, said the youngster was talking to friends outside Bir’s Beers on Staniforth Road, when he was snatched at around 4pm on October 31 last year.

He said a man approached him and asked whether he was responsible for smashing up his Vauxhall Astra car.

‘The man gripped the boy’s wrist and tried to drag him away,’ Mr MacDonald said.

3 Replies to “Gang snatched schoolboy, 14, off street and threatened to behead him unless family paid £40,000 ransom”