I take back 1/8th of what I have said about England after the initial blogpost on this issue. 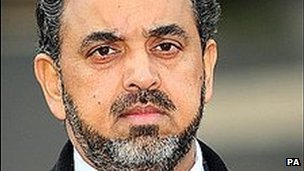 A Labour peer has been suspended from the party after accusations he called for a £10m bounty for the capture of US President Obama and President Bush.

Lord Ahmed is reported to have made the call after the US offered a $10m bounty for the conviction of the founder of a Pakistani-based militant group.

Lord Ahmed denied offering a bounty, saying he was talking about “war crimes” in Iraq and Afghanistan.

The Labour Party said if the comments were true they “utterly condemn” them.

Lord Ahmed’s alleged remarks, published in the Express Tribune newspaper, were said to have been made in response to an announcement from Washington earlier this month of a $10m bounty for information leading to the arrest and conviction of Hafiz Saeed, the founder of the Pakistani-based Lashkar-e-Taiba militant group.

The Indian government blames Mr Saeed and his organisation of carrying out several militant attacks on its territory, including the 2008 Mumbai attacks.

Lord Ahmed, according to the Express Tribune, said: “If the US can announce a reward of $10m for the captor of Hafiz Saeed, I can announce a bounty of £10m on President Obama and his predecessor George Bush.”

The paper adds that the peer went on to say “he would arrange the bounty at any cost even if he was left with the option of selling all his personal assets, including his house.”