Four alleged terrorists targeted Danish Crown Prince Frederik as part of their planned revenge attack on a newspaper that printed cartoons of the Prophet Mohammed, a court heard today.

The suspects intended to attack the offices of Politiken in a Mumbai-style terror attack when the crown prince was handing out awards, it was claimed.

The men were arrested on their way to the ceremony which eventually took place at the paper as planned. 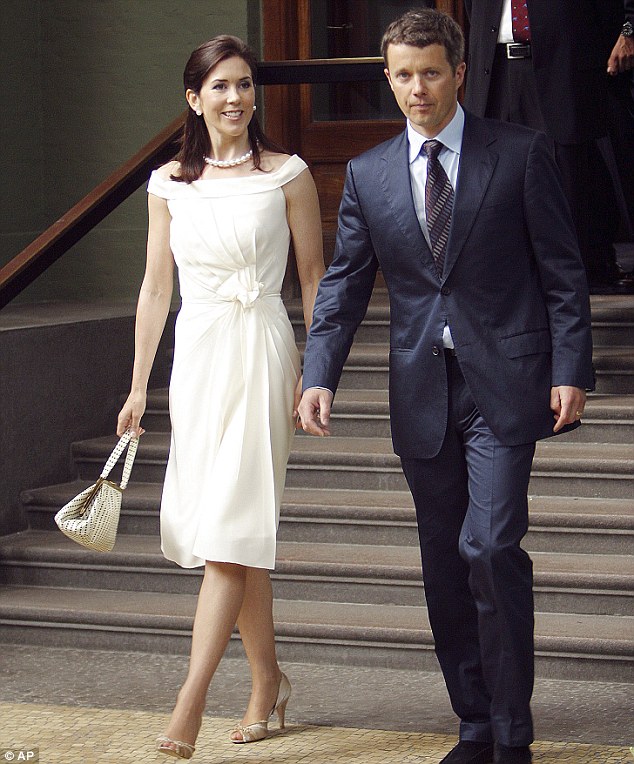 Terror target: Crown Prince Frederik, pictured with his wife Princess Mary, was to be the target of a Mumbai-style terror attack during a visit to the offices of Politiken

The four men – three Danish citizens and one resident of Sweden – are accused of terrorism and illegal possession of weaponry.

Prosecutor Henrik Plaehn said the alleged terrorists were linked with Pakistan, a point he would try to prove during the trial.