When I was growing up, racism meant that a person was somewhere on the emotional spectrum from ‘dislike to loathe’ a particular person because of the assumed, real or imagined, attributes of the demographic (based on actual racial lines such as oriental, negroid, occidental and aboriginal if memory serves) that individual belonged to.

Then, as the term racist became more and more effective at causing harm to the person it was used against, the definition broadened so as to make it easier to use that term in a variety of ways that suited a whole host of agendas. Most ironically, for people who might be against the defacto racist policy of affirmative action for example. So now, one is racist if they oppose systemic racism.

Even more bizarrely, a person is racist it seems if they choose to apply the most strict rules of Greek logic to a given ideology or belief system where members of that system feel they have a natural right not have their ideas analyzed or in any way, set forth to public scrutiny. In other words, it is legally a criminal offense in many countries today to be anti-Nazi (I believe Canada is one of those countries) as Nazis are an identifiable group and therefore, to publicly mock, criticize or subject the group to uncomfortable analysis may well be a racist act.

All these new concepts and definitions for the powerful rhetorical-weapon, ‘Racist’ can make ones head spin.

Now at last from a Norwegian newspaper we finally can come to understand what racism means. 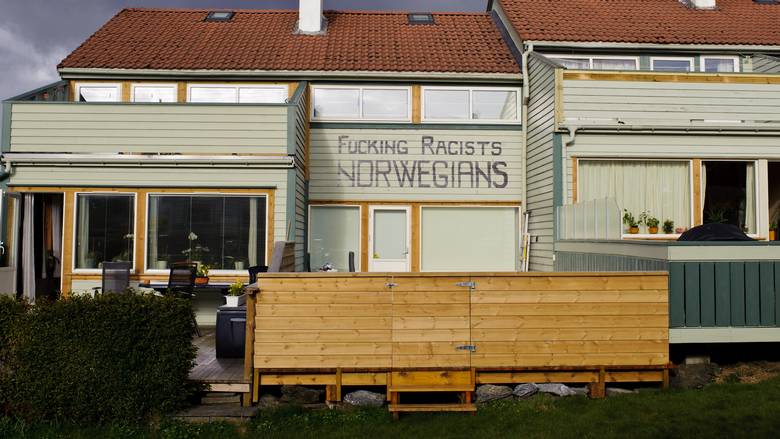 It means, as best as I can understand it from the machine translation, that

‘if a country will not give someone the money to put new siding on your house, then the indigenous white people of that country are all a bunch of “fucking racist Norwegians”

H/T to the venerable Gates of Vienna

4 Replies to “At last. I understand what the term, ‘racist’ means.”