A suspected sex trafficking ring in which girls as young as 11 were allegedly targeted was far larger than previously feared, according to police.

As many as 50 young girls have come forward claiming to have been sold for sex in Oxford, detective confirmed today.

It was originally thought that 24 girls, aged between 11 and 16 years, were the only victims but more youngsters have since contacted the police alleging they were also victims. 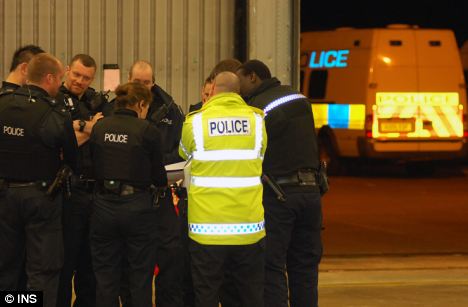 Last-minute preparations: Police prepare to carry out the raid in connection with the sex abuse ring, over which 13 men have been questioned

A total of 13 men were arrested when more than 100 police swooped in the raids across Oxford, codenamed Operation Bullfinch.

A group of six Asian men – including two sets of brothers – have been charged by police in connection with allegedly running the sex trafficking ring in the university city known for its dreaming spires.

Since the initial dawn raids last month, officers had made a further two arrests as part of the probe, a police spokesman said.

A 39-year-old man and a 40-year-old woman were detained on suspicion of ‘grooming’ this week. 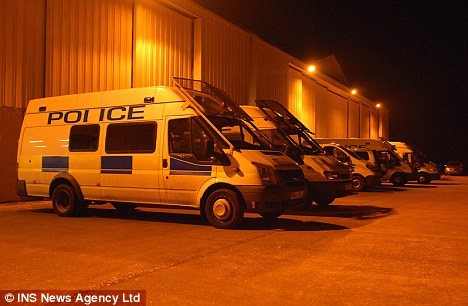 Ready to move in: Police vans lined up ahead of Operation Bullfinch, which investigated the alleged sexual exploitation of girls

The man has been freed on police bail to return to a police station in May, pending further inquiries and the woman was released without charge.

Police arrested 13 men in raids across Oxford on Thursday, March 22, after investigating the suspected ring since May last year.

5 Replies to “Oxford child sex trafficking probe widens as number of ‘victims’ doubles to 50 girls, some as young as 11”