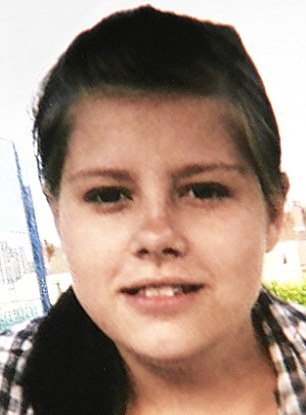 Laura Wilson was just 17 years old — a happy but headstrong girl whose love story across the racial divide would have a tragic ending.

‘She was feisty — if she had anything to say she would speak out,’ her mother Margaret says, as she showed me a picture of a smiling, mischievous teenager.

Laura’s Asian boyfriend, Ashtiaq Ashgar, also 17, was born in Britain but when Laura challenged his family’s traditional cultural values by confronting them with details of their relationship, she had to be silenced.

One night in October 2010, Laura was lured to the banks of a canal in Rotherham in South Yorkshire, where Ashtiaq attacked her before throwing her into the water.

He was subsequently arrested and found guilty of Laura’s murder last June and sentenced to 17 years in prison.

So does this mean that Laura was the first white victim of an honour killing in Britain?

Margaret Wilson has never spoken publicly before, but she told me she is convinced her daughter was murdered because she challenged the code of honour which some ethnic communities still follow in the UK.

‘I honestly think it was an honour killing for putting shame on the family. They needed to shut Laura up and they did,’ she says.

In today’s multi-cultural Britain, the majority of young people from immigrant communities are well-integrated. Yet in many households, old traditions are still a powerful force.

In south Asian and Middle Eastern communities, controlling the behaviour of women is seen as key to the family’s honour.

Refusing to consent to marry the husband chosen for you or leaving an abusive marriage is often seen as dishonouring the family.

As I found when investigating the issue of ‘honour killings’ for BBC1’s Panorama, women are suffering in silence.

Behind closed doors, beatings, kidnap, forced imprisonment, rape and even murder are being committed in the name of honour.

The Government admits it does not know the true scale of the abuse. The latest survey of police statistics show that 2,823 honour crimes were reported in 2010.

But a quarter of police forces could not provide the figures and many crimes go unreported, meaning that the real tally is much higher. 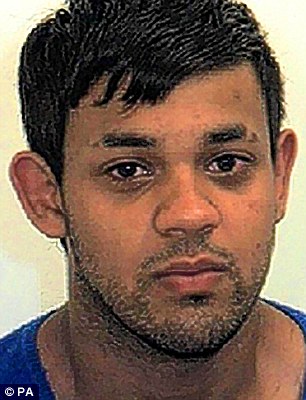 Laura Wilson’s murder had the brutal hallmarks of an honour killing.

She lived in Ferham Park, an Asian and white community in Rotherham.

Although only a teenager, Laura already had a baby by an Asian man, Ishaq ‘Zac’ Hussein, a 20-year-old.

However, he refused to recognise the child and Laura was really in love with his friend, Ashtiaq Ashgar.

Her mother says: ‘Ashtiaq was her first love, she adored him.’

But stung by Zac’s rejection of her and their child, Laura decided to confront the men’s families and told them she’d had sexual relations with both men.

Sheffield police believe this was the trigger for a plan to kill Laura.

Detective Superintendent Mick Mason told me that Laura’s decision to go round to the families and to confront them was not welcomed in the Pakistani community.

2 Replies to “Is this Britain’s first white honour killing victim? The happy but headstrong girl, 17, whose love across the racial divide had a tragic end”