That’s a small step for a politician, but a giant leap for dhimmi-kind. 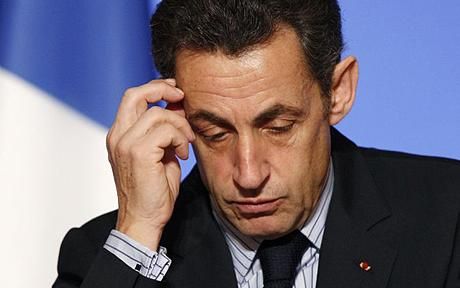 PARIS — The issue of France’s Muslims moved front and center into the presidential campaign with President Nicolas Sarkozy excluding any special indulgences for halal meat.

Sarkozy insisted at a Bordeaux campaign rally Saturday that French civilization must prevail in France. He said there’s no place for xenophobia or racism.

Muslims, and immigration, are constant themes in recent French presidential races, but the topic is rising to the fore with vehemence as the April 22 first-round vote nears — 50 days from now.

There are an estimated 5 million Muslims in France, the largest such population in Western Europe. Socialist Francois Hollande is the front-runner, with Sarkozy trailing in second place.