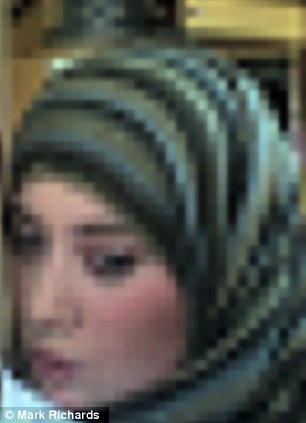 Terror plot: The woman pictured at the Tanzanian border has been issued by Kenyan police

This is the first photograph of the fugitive terrorist Kenyan police suspect is using the identity of 7/7 widow Samantha Lewthwaite.

The image was taken by an undercover officer as the woman crossed the border from Tanzania with her three children using a forged passport.

Anti-terror police have launched a huge hunt for the mother of three, who they believe was a ‘key financier and bomb-making tutor’ for the Somalian Al Qaeda affiliate Al Shabaab.

Officers on the case have found a devastating arsenal of bomb-making equipment which they suspect was for a planned attack on Western tourist targets in the coastal city of Mombasa.

They discovered batteries, hydrogen peroxide and other chemical ingredients during a raid on one of several Mombasa houses where they believe the woman had stayed until she disappeared in December.

The raid followed a tip-off that Al Shabaab was planning to blow up hotels and shopping centres over Christmas and New Year.

The suspect fled with her three children following the arrest of her co-conspirators, Briton Jermaine Grant and Kenyan Foaud Abubakar.

The house was also used as an impromptu bank where police say the suspect would dole out dollar bills to Al Shabaab recruits – funded by ransom money handed to pirates targeting ships off the Horn of Africa.

Shown photographs of Home Counties mother Lewthwaite, Muslim leaders from the mosque closest to the building said it bore a resemblance to a white woman who had been praying there. 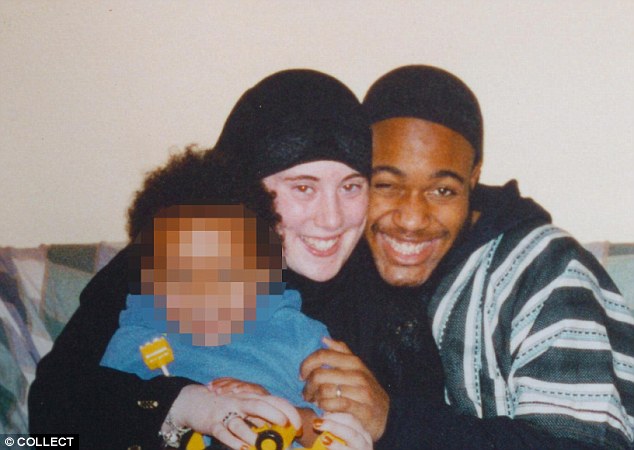 Married to a bomber: Lethwaite with Jermain Lindsay who blew himself up in the 2005 terror attack near Russell Square which claimed 26 lives
Read more: http://www.dailymail.co.uk/news/article-2110245/7-7-widow-bomb-factory-house-Fugitive-mother-terror-inquiry-pictured-border.html#ixzz1oGJTJfIW