Some articles are incendiary, and some really should get the people of the UK to be out marching en mass in the streets. But this one, this just may be a casus belli.

Throughout the tenure of the last Labour government this newspaper, and others — while praising the huge contribution immigrants had made to this country in the past — attacked the laxity of what were supposed to be our border controls.

It was clear the very nature of our society was being changed by a new kind of uncontrolled mass immigration — and without the British people ever having been asked whether they supported the policy. 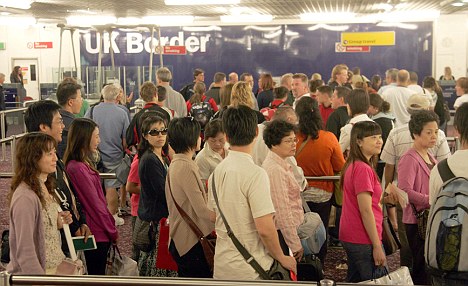 Labour arrogantly accused its critics of racism — though most of the incomers were white — and of scaremongering.

It claimed it had no choice but to open our borders to the nationals of ten mainly ex-Soviet bloc countries which joined the EU in 2004.

The truth was that — as other EU countries which restricted immigration from these states proved — it did have a choice. 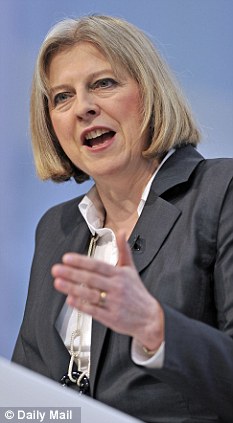 Action: Home Secretary Theresa May has announced that the UK Border Agency will be split

The cynicism did not end there. Such, Labour claimed, was its commitment to ensuring that only people with a right to be in Britain could come here that in 2008 it set up the UK Border Agency. The truth, unfortunately, was very different.

Theresa May, the Home Secretary, has announced that the agency is being wound up next month precisely because it is useless, and the officials who ran it — rather like the borders they supposedly policed — were out of control.

Despite the strong threat from international terrorism, the evidence of eastern European criminal gangs infiltrating Britain, and our overburdened public and social services, 500,000 unchecked people were let in to Britain via Eurostar between 2007 and last year, while countless so-called students were just nodded through.

10 Replies to “Mass immigration, and how Labour tried to destroy Britishness”