BBC has discovered the problem group in the UK. 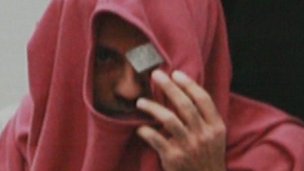 A former City worker convicted of stalking his former fiancee and her family has been convicted of two further charges.

Al Amin Dhalla, 42, of no fixed abode, was found guilty of seven charges including harassment and arson at Lewes Crown Court on Tuesday.

He was also found guilty of possessing an offensive weapon and perverting the course of justice on Wednesday but cleared of one count of theft.

He will be sentenced at a later date.

Dhalla, a Canadian, was accused of stalking Alison Hewitt, of Brighton, and her family after she ended their relationship.