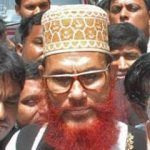 The 1971 Liberation War between East and West Pakistan saw the Pakistan army commit countless atrocities, mostly against Hindus. Hundreds of thousands of Hindu women were raped.

The war was sparked when East Pakistan seceded, declaring itself the independent nation of Bangladesh.

To call the war brutal would be an understatement. Mass graves were still being discovered decades later.

The ghost of the 1971 war still refuses to disappear. Over the last few months… read more.