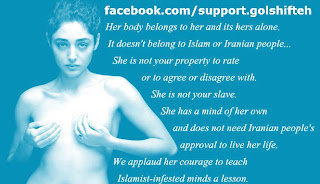 What to conclude when an Egyptian newspaper is condemned for reporting gang rapes and sexual assaults on women in Tahrir Square? Or that a self-appointed “morality police” now patrols Egypt’s streets with rods to beat any woman dressed in normal, causal clothes? Should we conclude that, in the Middle East, it is acceptable for men to rape, but not okay for a woman to show the least bit of skin?

A few days ago Egyptian newspaper Bikya Masr reported that an Arab-American woman had been “stripped of her pants, assaulted and beaten by a mob of men in the center of the square.”

“Surprisingly,” says Bikya MAsr, “this led to a… read more.