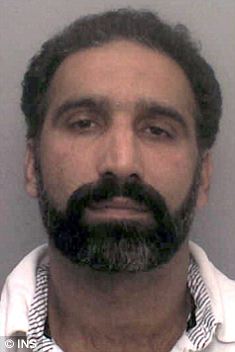 Disgraced policeman Mohammed Younis: He has been jailed for 18 years

A policeman was starting an 18-year jail sentence today for sex abuse which a judge described as one of the ‘most despicable’ cases he had ever heard.

The 43-year-old officer was sacked from Thames Valley Police after being disciplined for repeatedly threatening witnesses who had lodged complaints against him.

He had also phoned a 14-year-old girl witness in a case he was dealing with and asking her to go on a date him.

Judge Francis Sheriden jailed paedophile policeman Mohammed Younas after hearing how he raped a girl who was just seven years old and continued to abuse her for eight years.

He had also turned up to work drunk after consuming a bottle of vodka and was found wandering the streets randomly stopping traffic whilst on duty.

Despite his dismissal from the force, the judge heard that the sexual abuse of the girl, who cannot be identified for legal reasons, increased,

Younas attacked the young girl, the court was told, because his wife refused to have sex with him. He also forced another child to touch his genitals.

‘This was the most despicable offence. It’s hard to imagine a worse case,’ Judge Sheridan told the disgraced constable as he stood in the dock at Aylesbury Crown Court. 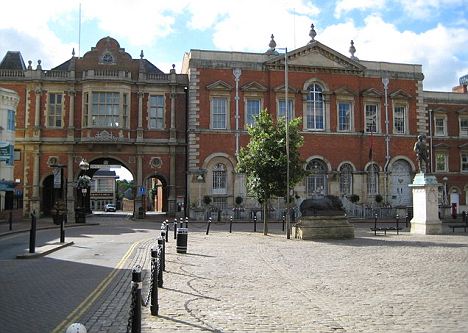 Please click to continue. (If you can stomach it.)

One Reply to “‘Despicable’ police officer who raped girl, seven, is jailed for 18 years”