Frankly, I would call this a threat and not an attack. It is barely worth noting normally. But in this case, I would call it a’ future-history dress rehearsal.’

From Islam in Europe: 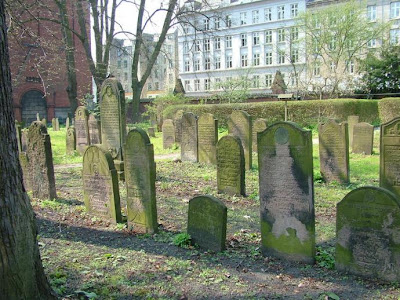 (The Jewish Cemetery in Copenhagen)

The report doesn’t state the religion of the attackers, but Danish authorities have been concerned for a long time about the effects of antisemitic Arab satellite TV on Muslim-Danish kids.

A 21-year old Jewish woman was overseeing the Jewish cemetery in the Nørrebro district of Copenhagen this past Sunday when two young boys of foreign origin, about 13 years old, approached and asked what the place was.

She answered it was a Jewish cemetery. One of the boys asked whether she was Jewish, to which she answered in the affirmative. At this point he pulled out a corkscrew and threatened her, saying he’d been told he should kill all Jews.

The other boy told him to stop. Both boys then ran off.

5 Replies to “Copenhagen: Jewish woman attacked by boy who’s been told to ‘kill all Jews’”