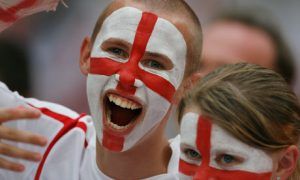 Many people had hoped that the Conservative Party would be different from its predecessor, the Labour Government, which rode roughshod over the wishes of the electorate, especially the working class that once formed its base. After coming to power in 1997, Labour allowed immigration to spiral out of control, radical Islam to rise up in the UK, and Britain to relinquish more sovereignty to the European Union.

Such hope was not unreasonable, even if it was unrealistic. Although theoretically Labour party and the Conservative parry occupy opposite sides of politics, the reality is very different, as the electorate has begun to grasp. Like the Labour Government, the current Conservative-dominated administration betrays every sign of being unable and unwilling to tackle, in particular, the problems of mass immigration and the emergence of radical Islam and sharia law inside the UK. Like its predecessor, the current Government appears to be more interested in shifting the responsibility for the country’s problems onto the White working class than in fixing problems or addressing the concerns of those that they were elected to represent.

One Reply to “The UK Government Must Represent The Working Class”