I’ll post this story as I found it, with this key that hopefully will help anyone sort out the facts of this case. As I understand it, a mans donkey cheated on him by having sex with some other Muslim , and so he had to kill it to preserve his family’s honor cause after all, it brings great shame to ones family when one’s livestock has sex with someone else. At least I think that is the issue here. 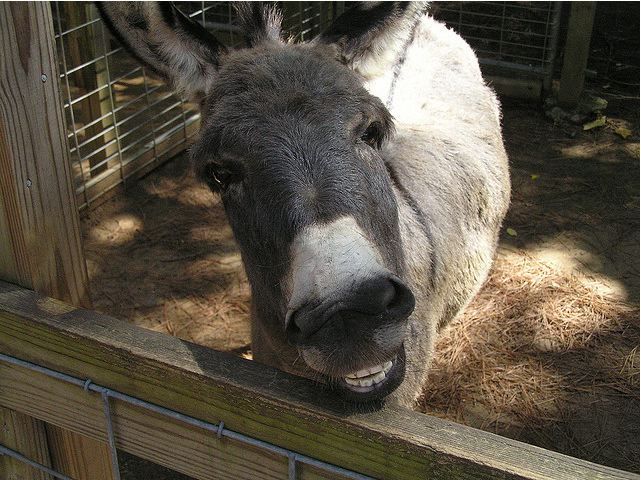 SUKKUR: Incredible though it may sound, a donkey was declared ‘Kari’ and shot dead here in a remote area on Monday. The Jirga imposed 110,000 rupees fine on the alleged ‘Karo’.

The reports said that in Village Ghahi Khan Jatoi, a villager Ghazi Khan alias Malang shot dead his donkey on being ‘Kari’ with Sikandar Ali alias Deedo. He attempted to kill Sikander too but the alleged Karo managed to escape and surrendered himself to an influential person of the area.

Sources said the influential person summoned both the parties and imposed 110,000 rupees fine on the Karo. They said Sikander and his family were forced to pay Rs 50,000 on the spot and the remaining amount in two installments.

The sources added that the alleged Karo pleaded innocence at the Jirga, but the Jirga members paid no attention to it. Sikander’s family said he paid Rs 50,000 to save his life otherwise he would have been killed.

6 Replies to “Donkey killed for adultery.”