It may be wise to stop all British immigration for a while as well till they, if they get their house in order. 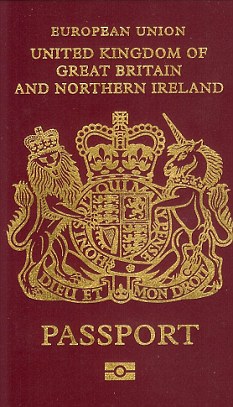 In demand: Figures have revealed that 203,600 British passports were given to foreign nationals in 2009 – up 57 per cent on the previous year

Britain gave citizenship to the highest number of foreign nationals in Europe, new research has found.

A total of 203,600 foreign nationals were awarded British citizenship in 2009 – that is 50 per cent more than second-placed France and more than double the number in Germany.

The figures, from the EU statistics body Eurostat, followed predictions that Britain could become the most populated EU country by 2060 – with 79 million people.

The EU saw an 11 per cent rise on the number of people entering the euro zone from the previous year.

‘David Cameron must get a grip and introduce radical policies to halt mass immigration.’

The Prime Minister has said wants to cut net immigration to the ‘tens of thousands’.
Read more: http://www.dailymail.co.uk/news/article-2002493/Britain-hands-204-000-passports-foreign-nationals-latest-figures-reveal.html#ixzz1OzpD0CAN