A man has been jailed for 70 days today after he burnt a copy of the Koran just over a month after a Muslim got away with a paltry £50 fine for a similar offence.

Andrew Ryan, 32, stole a copy of the holy book from Carlisle Library then set it on fire by a monument in the city of Carlisle.

Last month Emdadur Choudhury was fined after he burned a poppy outside the Royal Albert Hall in London on Remembrance Day while shouting ‘British soldiers burn in hell’.

As he was led down to the cells, Ryan shouted at the judge at Carlisle Magistrates’ Court today: ‘What about burning poppies?’. 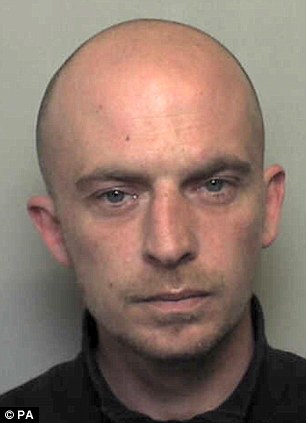 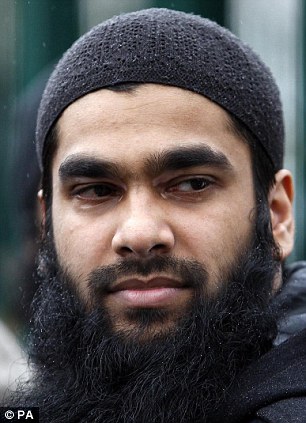 Andrew Ryan, left, shouted ‘What about burning poppies?’ as he was taken down to the cells today while Emdadur Choudhury was handed a £50 fine for burning a poppy last month

Sentencing him at Carlisle Magistrates’ Court, District Judge Gerald Chalk said: ‘This is a case of theatrical bigotry. It was pre-planned by you as you stole the book deliberately. You went out to cause maximum publicity and to cause distress.’

He told Ryan that people were entitled to protest but not in the manner he chose. The court heard the defendant had six public order convictions between 2002 and 2010 including racial chanting at a football match and assault with intent to resist arrest.
Judge Chalk said: ‘You are a man who has a history of violence and disorderly conduct.’

Ryan pleaded guilty to religiously aggravated harassment and theft at an earlier hearing. Prior to the hearing, a Facebook page created by the ‘English Defence League Carlisle Division’ urged visitors to support ‘Division Member’ Ryan in his court appearance.

Around 10 men sat in the public gallery but walked out when District Judge Chalk announced the sentence. Comments of ‘what a joke’ and ‘call that justice’ were made as they left the courtroom. 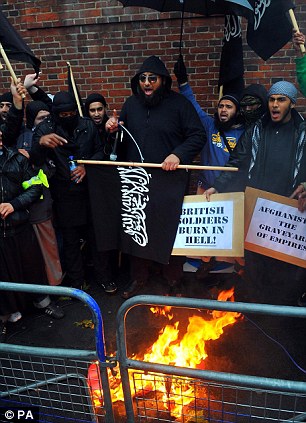 Before he was led to the cells, Ryan said: ‘What about burning poppies?’

The court was told that Ryan’s former probation officer witnessed him shouting and waving a book at Carlisle Cross outside the Old Town Hall in the city centre.

Ryan told him he intended to burn the Koran in a protest against the Muslim faith. He failed in his first attempt with matches before he succeeded with a lighter.

Ryan then continued to shout abuse about the Muslim faith as he held the burning book, before he threw it to the floor and walked away, the court heard. He then updated his Facebook page to reveal what he had done.

When arrested and interviewed by police, Ryan told officers: ‘I just hope I have not caused World War Three.’

Margaret Payne, defending, said: ‘Mr Ryan has said to me that the incident was silly and it is not something he would do again.

‘He wants to make it clear that it was directed towards radical Islam such as the burning of poppies and flags.

‘He would certainly not want Muslim people to think he had problems with their beliefs.

‘What caused him to ‘lose it’ on that day was that he had been looking at a website which had shown radical people burning poppies and abusing British troops returning from abroad.’ 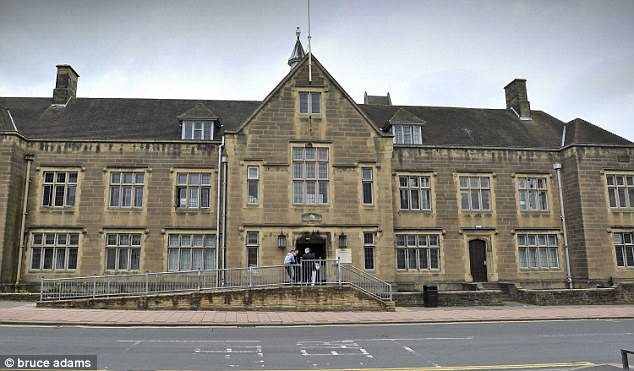 7 Replies to “‘What about burning poppies?’: Court outburst of man jailed for setting Koran alight”