Add this to the piece we republished on the policy towards Somali pirates even caught with booty, weapons and slaves.

This is the beginning of the article. Please click here to Diana West’s webpage to read it all. 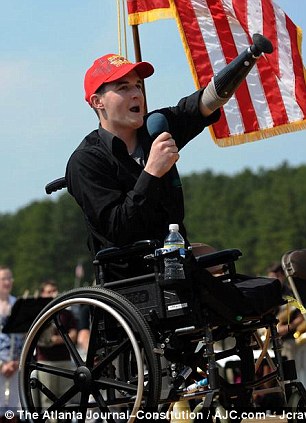 Recon Marine Cpl. Todd Love (above) got a hero’s welcome in his hometown of Acworth, Georgia this week. Love lost both legs and his left arm in an IED explosion in Afghanistan a few months ago. The Washington Examiner story below by Sara Carter tells us that even if US  forces had photographed the bomber in the act and captured him with bomb traces on his hands, they would then have had to feed him, clothe him … and let him go.

This is another Afghanistan scandal that should get Congress pounding tables and demanding answers from the Pentagon and the White House. It should get readers doing the same. After all, we pay $350 million a day for this.

Several Taliban detainees who had been captured in February after being observed placing bombs in the culverts of roads used by civilians and military convoys near Kandahar were fed, given medical treatment, then released by American troops frustrated by a policy they say is forcing them to kick loose enemies who are trying to kill them.

(Over to Diana West.net for the rest please.)

3 Replies to “Diana West on ‘Catch and release’ policy in Afghanistan.”