From The Jewish Tribune:

(Jewish Tribune) In what police are calling related incidents, six Jewish institutions in the cities of Cote St. Luc and Hampstead were the targets of vandalism Sunday morning. 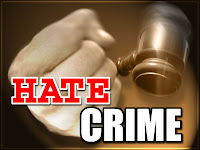 “Events of mischief were perpetrated towards Jewish institutions where objects were thrown at the windows of those buildings, causing minor damage. At this point, no suspects have been arrested and the investigation is ongoing,” said Simon Delorme, a Montreal police spokesperson. “We do not know how many suspects there are, however, our investigation team is looking into surveillance videotape from one of the institutions.”

As of now, police could not say whether Sunday’s events are related to the October act of vandalism at the Young Israel of Chomedey Synagogue, however, they did not rule out the possibility.

For what is normally a peaceful community, the string of events are shocking. However, they are being viewed as a clear call to action.

“The latest rash of antisemitic acts, committed all on the same night and simultaneously on multiple Jewish institutions, cannot be simply dismissed as random acts of vandalism, nor can they be ignored,” said Moïse Moghrabi, Quebec Chair, League for Human Rights of B’nai Brith. “These hate crimes are specifically designed to shake the sense of security and to terrorize the Jewish community and it is no longer enough or acceptable that these crimes be merely reported and classified.

As victims of the attack, both Rabbi Alan Bright of the Shaare Zedek Synagogue and Rabbi Chaim Steinmetz from the Tifereth Beth David Jerusalem see the need to act swiftly to prevent any escalation of violence towards the Jewish community.

“Growing up in the UK where the Jewish community was constantly victimized by these type of incidents, I can say that unless our public officials respond in a swift and unrelenting manner to all types of racial hatred, we are in for a very tough ride here,” said Rabbi Bright. “Canadians need to wake up and realize they are no longer the sleepy peace haven immune from such virulent hatred. It starts with bricks being thrown through windows and progresses to the burning of buildings and attacks on individuals.”

“The perpetrators broke this window because they hate Jews; they hate me, they hate my wife, they hate my children, and they hate my community,” added Rabbi Chaim Steinmetz. “You cannot underestimate the violence of one broken window, and as Canadians, we cannot tolerate this type of hatred in our country. It’s time for public figures and the leaders of faith communities to condemn these attacks. It’s imperative for all of us that Canadians learn how to live together in peace and harmony.”

On a local level, Anthony Housefather, mayor of Cote Saint Luc, is ensuring that his city’s public security department is on high alert, patrolling potential targets and serving as a deterrent in case other individuals attempt to strike again.

“The police are actively pursuing whatever leads they have and are meeting with the institutions today to make suggestions about [enhanced] security,” said Housefather. “Our public security department is actively patrolling the areas around Jewish institutions in the event of a copycat incident now that it has been made public.”

“We, at B’nai Brith Canada, have been raising red flags in our annual Audit and in our press releases for some time now regarding the increase in intensity and frequency of antisemitic acts committed, as well as the increased boldness of these acts in the last couple of years,” Moghrabi said.

“Unfortunately, a general attitude of downplaying our alarms and a lack of public outcry have only served to encourage and empower the perpetrators to commit more bold and more daring attacks in even shorter periods of time.

“The latest rash of antisemitic acts, committed all on the same night and simultaneously on multiple Jewish institutions, cannot be simply dismissed as random acts of vandalism, nor can they be ignored.

“These hate crimes are specifically designed to shake the sense of security and to terrorize the Jewish community.

“All levels of authority must take the necessary active steps to properly protect our community and all Quebecers must clearly and loudly condemn these crimes and reiterate that tolerance is the cornerstone of Quebec society and that these cowardly acts will not be tolerated.”