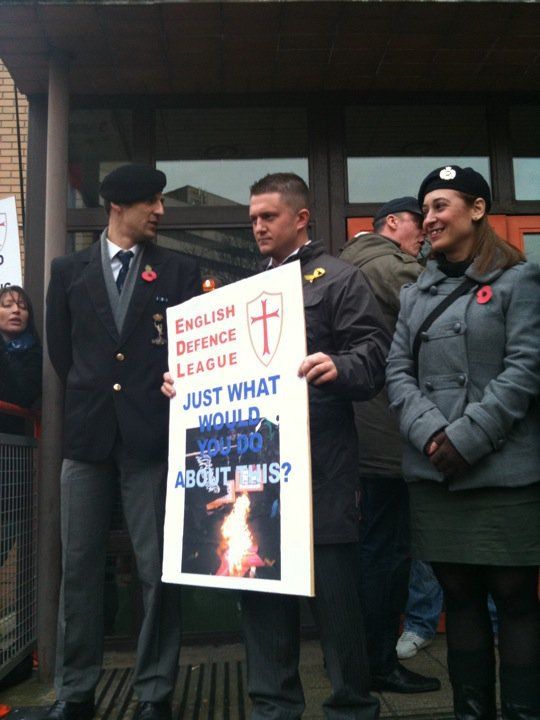 From the Sun in the UK:

A FAR-right activist has denied attacking a cop as Muslim extremists torched poppies on Remembrance Day.

English Defence League (EDL) founder Stephen Lennon — known by some supporters as Tommy Robinson — was arrested by police in Kensington as the nation stopped to mark the anniversary of Armistice Day.

Around 50 men linked to the EDL had gathered in West London in a counter-protest against a meeting of Islamic group Muslims Against Crusades.

Lennon, 27, of Luton, has pleaded not guilty to assaulting a police officer during clashes with the protesters, who shamefully burned remembrance poppies.

Supporters outside West London Magistrates’ Court today carried banners bearing pictures of Islamic protesters and slogans such as “These traitors should be in court — not Tommy”.

One woman shouted out: “Who’s going to nick the poppy burners?”

Five others associated with the EDL were also arrested during the clashes.

Two Muslim protesters were held for public order offences and one officer was taken to hospital with a head injury.

Lennon was granted unconditional bail and a trial date was set for January 12.