Ahmadinejad to Chavez: ‘We’re going to be together until the end’ 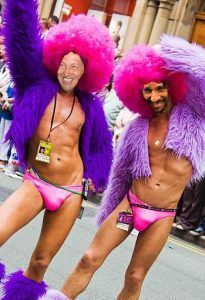 ” We feel at home here among our brothers…..we’re going to be together until the end” Iranian President Mahmoud Ahmadinejad told his Venezuelan counterpart Hugo Chavez during a visit to Latin America on Wednesday.

Both leaders roundly denounced US “imperialism,” and Chavez also called Israel “a murderous arm of the Yankee empire.”

Chavez said he had just returned from an unannounced visit to Cuba, where he met with his mentor Fidel Castro as well as President Raul Castro. “They asked me to give you a hug for them,” he told Ahmadinejad.

Also during Ahmadinejad’s visit, the two leaders agreed on the inception of a direct flight route between Teheran and Caracas, according to a report by AFP.