One of the most important benchmarks for communism and Western nations is Venezuela. It went from being probably the best nation south of the US to live in, to a communist hell hole where people eat their pets. Zoos got robbed for food. Communism nationalized the food chain and destroyed it. Farms where taken from people who wanted to farm and knew how, and given to friends of the government who didn’t want to, and couldn’t. The results are the same as they are everywhere communism is done.

At the anti-lockdown demonstration, such as it was, in Ottawa yesterday, one man spoke up from the small crowd, addressing the fellow who took on the role of MC. He spoke passionately about how he had to leave Venezuela for Canada, and now feels he has to leave Canada because people here will not wake up.

Read report over at RAIR Foundation.

Venezuela was the wealthiest country in South America.

Until a man promised a 'free' alternative.

Now power and water are off.

UPDATE: This story gives no clear indication that these are political prisoners. There is no indication of what kind of prisoners they are at all as far as I can see.

"We want as our principle objective a peaceful transfer of power," but "all options are on the table," White House national security adviser John Bolton says when asked if the U.S. is prepared to use the military option to support Juan Guiado in Venezuela. https://t.co/V9dPDF2Jyo pic.twitter.com/heKyAu3S7z

One question I wish I had asked at the time. If Maduro loves communism so much why is he planning on going to Spain? Why not Cuba?

Thank you Gary Fousequawk for this translation. 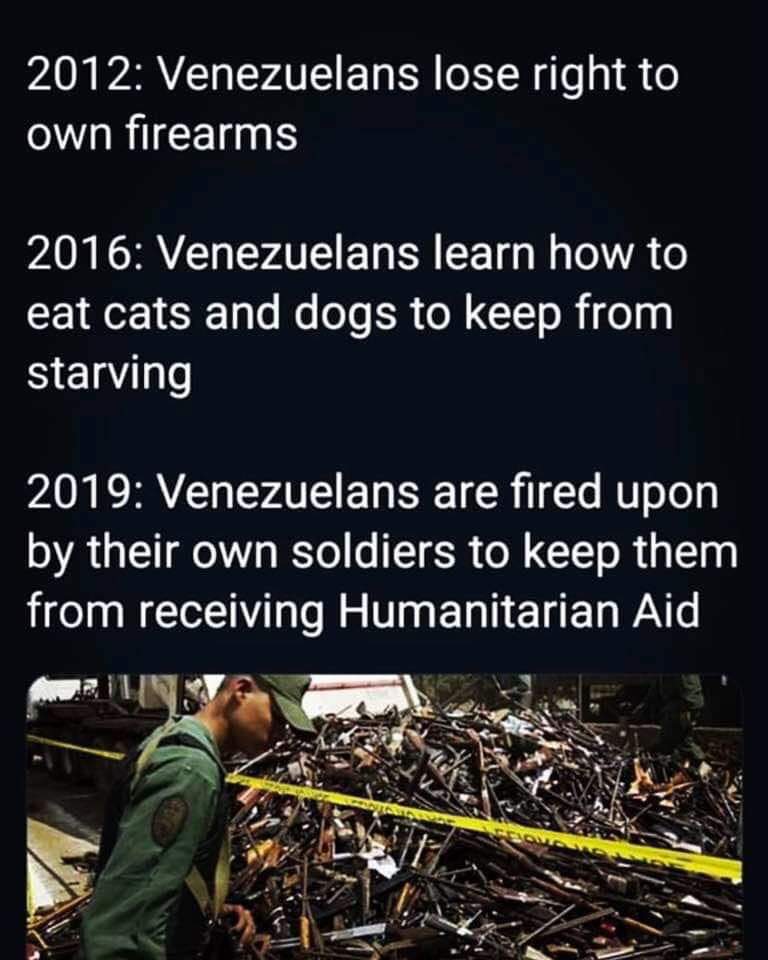 Maduro setting food aid on fire rather than feed his people.