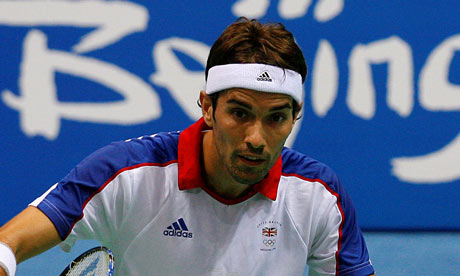 The Olympic silver medallist Nathan Robertson is a member of the England badminton team which has withdrawn from the world championships. Photograph: Paul McFegan/Sportphoto Ltd

England have withdrawn from the World Badminton Championships in the Indian city of Hyderabad because of “a specific terrorist threat” against the championships.

The eight-strong squad, which includes the Olympic silver medallist Nathan Robertson, have pulled out of the tournament, which starts tomorrow, following reports of a threat by the Muslim group Lashkar-e-Taiba.

The chief executive of Badminton England, Adrian Christy, said: “This was an incredibly tough decision and one we didn’t take lightly. After the Olympic Games, this is the most prestigious championships in the world but we were not prepared to risk the safety of our players, coaches and staff in what we felt could have been a very volatile environment.

“We are extremely grateful for the speed in which the BWF [Badminton World Federation] and the organising committee reacted to the concerns following the threat. We have carefully considered the comments made by the local police authorities and we know that they have the best interest of all competitors in mind.

“We have also listened to the advice from the Foreign Office and British High Commission. We have been in constant dialogue with them over the past couple of days. The conclusion is that safety is of paramount importance and therefore, with great regret, the team will be returning home immediately.”

The performance director, Ian Moss, said: “Our athletes were extremely well prepared for these championships but, at the end of the day, personal safety must take priority over performance. This was a unanimous squad decision and is not reflective of the efforts made by the organising committee to create the safest environment possible for all athletes.”

Lashkar-e-Taiba, which is Urdu for Soldiers of the Pure, is a Pakistan-based organisation fighting against Indian control in Kashmir. It has been blamed for a number of terrorist incidents in India including the October 2005 bomb attacks in Delhi, which killed more than 60 people, and is alleged to have played a part in the armed raid on the Indian parliament in December 2001. Most recently it was linked with the Mumbai attacks in November 2008, which killed at least 188 people.