From The Star Phoenix:

WASHINGTON – Five men held in Guantanamo on charges of plotting the Sept. 11 attacks declared in a court document released Tuesday that they sought to kill and terrorize Americans as an offering to God.
The charges filed against them by U.S. authorities were “not accusations,” the five detainees wrote in the document filed with the U.S. military commission.
“To us they are badges of honor, which we carry with pride,” the detainees wrote, adding: “We are terrorists to the bone. So many thanks to God.”

The detaineees, including alleged 9/11 mastermind Khalid Sheikh Mohammed, have previously said in court proceedings they planned the attacks and wanted to plead guilty to charges of war crimes. 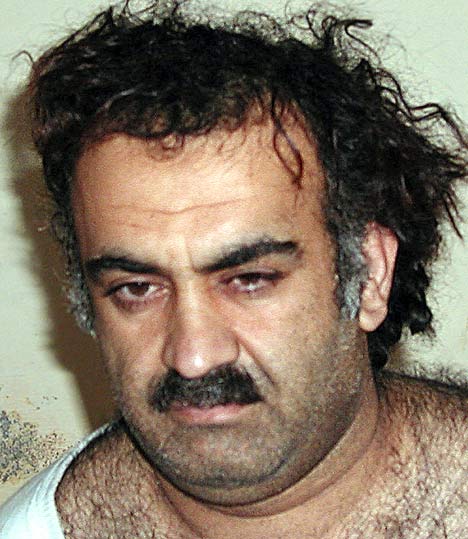 In court appearances and in statements to U.S. authorities, Mohammed has expressed pride in portraying himself as the architect of the attacks on New York and Washington that killed nearly 3,000 people.
But the document filed with military authorities was the most detailed response yet by the five detainees.
The detainees said their actions were the fulfillment of the Islamic faith and said the United States had no right to accuse others over targeting civilians.
“Therefore, killing you and fighting you, destroying you and terrorizing you, responding back to your attacks, are all considered to be great legitimate duty in our religion.
“These actions are our offerings to God,” the document said.
The Defense Department said the accused seemed to trying to gain media attention. “It appears to be merely another attempt by these detainees to garner publicity,” Commander Jeffrey Gordon said.
Lawyers for two of the detainees had sought to delay the release of the document, Gordon said.
Military judges on Jan. 21 suspended the trials of the five alleged September 11 co-conspirators.President Barack Obama plans to shut down by early 2010 the “war on terror” detention camp in Cuba set up by his predecessor, while officials are reviewing cases that might be tried in regular U.S. courts.