These may indeed be the first events of historic times.

Will be adding more to this post as I find it. 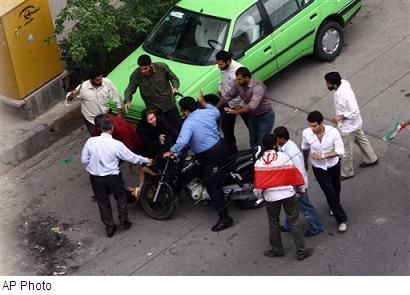 There is a very strong trend on Twitter today – Twitter users are upset over CNN’s coverage of the Iranian elections. The top 10 Twitter trends are heavily covering the elections and, more notably, CNN’s lack of coverage of the protests going on in Iran because of the elections. The trending topics are #2) #iranelections, #8) #CNNFail, #9) Twitter Blasts CNN and #10) Ahmadinejad 7-8M.

In Tehran, people were claiming voter fraud and protesting in the streets while Ahmadinejad was speaking about the free elections and how the voice of the people was reflected in the election.

An interesting response occurred because of Twitter users. Before the Twitter trends, CNN had relatively little coverage of the election results. After Twitter users blasted the news organization, CNN’s home page moved the story to the top.

Using computers to both get and influence the news is a trend today and will certainly be a bigger trend in the future. CNN, a Twitter user itself, appears to see the importance of this social medium and is apparently concerned about its reputation among users of the popular microblog. It seems to be responding to the outcry by making adjustments.

The world is constantly changing, and today computers are playing a major role in changing it.