I am not prone to profanity. In fact I loath it in writing. Its an unnecessary device which frequently removes from the point. But England, Wake the fuck up. 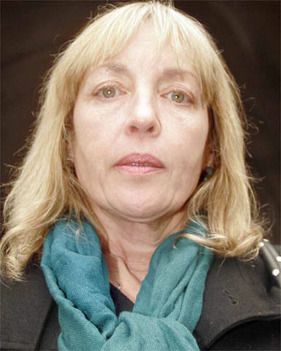 AN angry headteacher is suing “gutless” education chiefs for £100,000 for not backing her against Muslim school “bullies”. Erica Connor claims her bosses did nothing as a group of Muslim governors tried to force her to change the school curriculum. She also says she was “harassed” by the four-strong team as they demanded the pupils be taught more about Allah and Islam.

And they tried to “railroad” her into linking up with the local mosque and focusing on Muslim worship, says the 57-year-old head, who has taken her fight to London’s High Court.

Erica is suing Surrey education bosses for “turning their back” on her as Muslim rivals branded her “racist and Islamophobic”.

She said she felt under personal attack when investigating bosses branded her “unresponsive to the needs of the faith community”, adding: “This was racism towards me. I felt that, had I been a Muslim head, things would have been conducted in a different way.

“I felt that they didn’t have the courage to stand by me in this.”

Erica, who says she is so depressed she may never work again, reckons bosses should have done a lot more to protect her and New Monument School.

The mum-of-one said her troubles began in 2003 when four Muslim governors were appointed, including convert Paul Martin and Mumtaz Saleem.

They took control of reg-ular meetings, repeatedly demanding more formal Islamic worship in the predominantly Muslim school and closer ties with the nearby mosque in Woking.

When she fought back, Mr Martin claimed the ethos of the school was racist and alleged she believed Pakistanis were “less intelligent”.

An investigation later found she “had not been responsive to the needs of the faith community”.

Erica told Judge John Leighton Williams QC she was “horrified” by the conclusion, which she believes made her “a helpless scapegoat”.

Council lawyers are fighting her claim for damages.