The noted blogger Fjordman is filing this report via Gates of Vienna.
For a complete Fjordman blogography, see The Fjordman Files. There is also a multi-index listing here.

This post was compiled from comments made on one of last night’s posts. 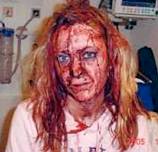 The scale of violent crime white people are being subject to in countries such as Sweden resembles warfare. Not only does the state not protect people against this racist violence, it actively sides with the attackers. Which means that the social contract is now dead and buried in most Western countries. The state is either expensive and irrelevant or it is an outright enemy.

The numbers in Sweden, and no doubt elsewhere, are worse than we are told. They are being heavily manipulated by the authorities and the media, who claim that the massive increase in rapes is caused by:

These are the explanations that are mentioned. There is no other.

Suggesting that it has something to do with mass immigration of alien cultures is quite literally banned by law. A Swedish man was arrested, brought in front of the local court and sentenced for “hate speech” for carrying a sign during a demonstration suggesting that rape was linked to immigration.

Meanwhile, Norwegians are being told that we need to hire thousands of more cops to contain the massive increase in crime brought on by mass immigration (which is still supposed to be “good for the economy), a mass immigration that will not only continue but increase. Nobody among the Leftist media elites says it should stop, they say it should continue indefinitely, and there are more and more hysterical witch-hunts against “racism” by the white indigenous people. It’s state-sponsored ethnic cleansing of the native population, cheered by our own media and intellectuals, in short: The greatest betrayal in history. 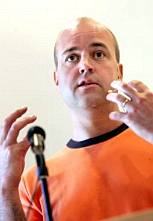 This is part of a massive and prolonged campaign of psychological warfare against whites in general that has been going on for several generations now, to strip whites of any sense of pride or self-respect. The current Swedish “conservative” prime minister has stated in public that his county’s traditional culture was merely barbarism, and that anything good was imported from abroad. While Swedish girls get gang raped by Muslim immigrants who are met with “respect for their diverse culture,” Swedish boys are being systematically indoctrinated with radical Feminism, in the most extreme cases being forced to wear female clothes and take female names by kindergarten teachers.

On the International Women’s Day, March 8 2008, the columnist Marte Michelet in the left-wing pro-Multicultural Norwegian newspaper Dagbladet attacked “brown” feminists. And no, by that she did not mean feminists with a dark skin, but those championing “Fascist,” racist and Islamophobic forces. She is the daughter of the Communist writer Jon Michelet and was until 1998 the leader of the Red Youth, the country’s “revolutionary youth league.”

Many Marxist feminists, who have for generations worked to break down Christianity and the nuclear family in the West, now passionately embrace Islam, the most repressive religion on earth. Marxists do not care about “women’s liberty.” They do not care about anybody’s liberty. They support anything that can destabilize the West. The fact that a newspaper that has been at the forefront of radical Feminism for generations now suddenly warns against “Islamophobia” and “prejudice” against the world’s most anti-female religion is highly revealing.

Attacks on Western history in order to instill shame into Western youths, a shame that militates against their thinking that their civilization is worth defending, are very common, especially targeting female students. Here is a quote from the book Religion of Peace?: Why Christianity Is and Islam Isn’t by Robert Spencer:
– – – – – – – – – 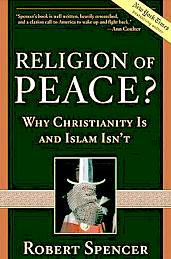 A white American student, ‘Rachel,’ unwittingly summed up this attitude when she told American Indian professor Dr. David Yeagley in 2001: ‘Look, Dr. Yeagley, I don’t see anything about my culture to be proud of. It’s all nothing. My race is just nothing…. Look at your culture. Look at American Indian tradition. Now I think that’s really great. You have something to be proud of. My culture is nothing.’ Yeagley mused: ‘The Cheyenne people have a saying: A nation is never conquered until the hearts of its women are on the ground….When Rachel denounced her people, she did it with the serene self-confidence of a High Priestess reciting a liturgy. She said it without fear of criticism or censure. And she received none. The other students listened in silence, their eyes moving timidly back and forth between me and Rachel, as if unsure which of us constituted a higher authority….Who had conquered Rachel’s people? What had led her to disrespect them? Why did she behave like a woman of a defeated tribe?’

I have engaged in endless debates with people who see no relationship between traditional economic Marxism, as promoted by Karl Marx himself, and today’s “cultural Marxism.” But they miss the point. The most important mutation that happened with the various strains of Marxism during the twentieth century was that they understood that the traditional doctrine that a Socialist society was “inevitable” was incorrect. Their revolutions didn’t happen, in the West at least. But this didn’t mean that they gave up their end goals, which have largely remained the same.

They just changed the strategy needed in order to achieve these main goals, and focused on breaking down Western culture in every way, until there was no resistance left to implement their totalitarian society. That’s what has been going on for decades now, where traditional attitudes to marriage etc. have gradually become banned by law. Turning Western women, especially white women, into weapons of mass destruction against their own civilization has been a key component of this strategy, and unfortunately a rather successful one.

Also, I don’t buy this “blaming Western men” stuff. I’m tired of it. If we are guilty of anything, it is of being too kind too Western women, and letting them get away with their nonsense too often.

If women want to be taken seriously, they should take responsibility for their own actions. Women cannot attack men for decades and blame them for being male chauvinist pigs, generally evil, stupid and weak and then expect men to come rushing to their defense to clean up the problems women themselves voted to create.

There are still a few sensible self-designated feminists left in the West, but they clearly constitute a minority. I’ve been told by radical feminists that rape is a weapon used by men — that is, men in general — to keep women down. This is also the line Swedish feminists usually take regarding rapes: It’s about the “patriarchy,” not about mass immigration. Swedish men are just as bad as the Taliban, as one prominent feminist famously said.

As one of Marilyn French’s characters said, “All men are rapists, and that’s all they are.” In Norway in 2008, we had a case where a native teenage girl had been gang raped by Muslim immigrants, and the four female judges voted in favor of giving the rapists a “discount” on the minor compensations they were sentenced to pay to the victim. The one dissenting judge was the one male. As the female blogger Nina commented, this and other cases indicate that we need fewer female judges, not more.

Women are simply too soft and emotional to be performing these kinds of tasks. The effect of radical Feminism is to treat all men as criminals, except those who really are criminals, who should receive soft treatment. All men are rapists, except those who actually are. They are victims of “society.” Despite the fact that Muslim immigration has triggered an unprecedented wave of anti-female violence, women still vote disproportionately for pro-immigration parties, and yell “racism” at men who suggest it’s not a good idea.

Women cannot be cruel to decent men and kind to evil men and expect that this has no consequences in the long run. Why should Western men worry about women who show us nothing but hostility? Maybe we’ll just be patriarchal simpletons, drink beer, fart and watch football on TV?

What we are dealing with in the Western world is demographic warfare closely aligned with psychological warfare, aimed at breaking down our self-confidence and self-awareness to the point where our technological superiority is rendered useless because we are ashamed of ourselves or incapable of articulating what we should fight for. Sun Tzu in The Art of War said that wars are won in the temples before they are fought. The mass media are the temples of our time, which means that we are currently losing badly.

Robert D. Kaplan says that he “re-read both The Art of War by the 6th-century BCE Chinese court minister Sun-Tzu and On War by the early 19th-century Prussian General Carl von Clausewitz. What struck me straight away, thanks to my recent travels-in-arms, was not what either author said, but what both assumed. Both Sun-Tzu and Clausewitz believe — in their states, their sovereigns, their homelands. Because they believe, they are willing to fight. This is so clear that they never need to state it, and they never do… Both oppose militarism, but accept the reality of war, and from that acceptance reason that any policy lacking martial vigor — any policy that fails to communicate a warrior spirit — only makes war more likely.”

According to Clausewitz, “In affairs so dangerous as war, false ideas proceeding from kindness of heart are precisely the worst…The fact that slaughter is a horrifying spectacle must make us take war more seriously, but not provide an excuse for gradually blunting our swords in the name of humanity. Sooner or later someone will come along with a sharp sword and hack off our arms.”

As a final note on this whole sorry state of affairs — the Swedish parliament passed a law yesterday which orders comprehensive electronic surveillance of all citizens:

Swedish lawmakers voted late on Wednesday in favour of a controversial bill allowing all emails and phone calls to be monitored in the name of national security.

This law will make Sweden more totalitarian than even the former Communist dictatorship of East Germany.