An original translation from Focus:

Munich
Too Dangerous: Social Workers Not Allowed In Refugee Accommodations On Their Own Anymore
December 14., 2017

The Social Assistance Office Munich has officially abolished the consultation of refugees by social workers in shelters where there is no security personnel. The social workers were called back even from houses where they were working in child- and youth-work, Süddeutsche Zeitung reports.

The city justified this measure in a letter to its pedagogic employees with the increase of “verbal aggression, improper social behavior, and threats”. The rule was allegedly already in place since November 7.

Andrea Betz, responsible for refugee aid at the “Innere Mission München”, criticizes the decision as a “dangerous example”,  because it was precisely the deployment of security personnel that stirred fear among the refugees, which only would make the deployment of the social workers dangerous in the first place, reports “Süddeutsche Zeitung”.

In the meantime, 13,000 households in Munich are waiting with highest priority for council housing. But only 3,000 apartments can be assigned per year. 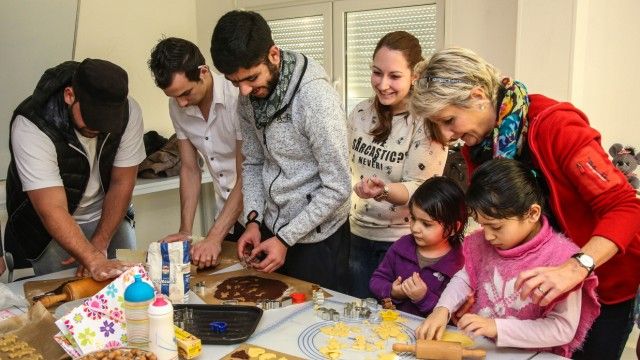 Scene from a Munich refugee accommodation