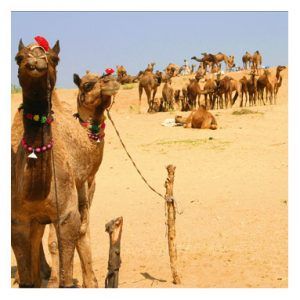 MOGADISHU: An Islamic court in southern Somalia on Tuesday sentenced a man found guilty of murdering a UN aid worker to paying the victim’s family 100 female camels in compensation. The defendant, a member of an armed organization, pleaded guilty to the murder of senior World Food Program official Ibrahim Hussein Duale. “After a five-day trial, the court finally announced its verdict today … He pleaded guilty and was sentenced to pay 100 female camels,” a relative of the victim, told AFP. The trial took place in the town of Bardhubo, in the Gedo region, which is under the control of the hardline Islamist group Al-Shabaab and its allies.
The Islamist administration in the area has opened courts applying a version of Sharia, or Islamic law, over the past year. In the UN aid worker’s murder case, the judges deliberated and gave the victim’s family the option to choose the death penalty for the accused or receive compensation. Abdullahi Hussein, a local elder who was part of a committee involved in the case and suggesting an adequate sentence, said the 100 female camels were worth around $45,000. “Each she-camel is worth 10 million Somalia shillings, so 100 of them works out at around $45,000,” he said. – AFP