With Christmas approaching, the allahu akbarriers in front of Cologne Cathedral were lettered with  “Do not be afraid!” (Fürchtet euch nicht, Luke 2:10), in large letters early Friday morning. 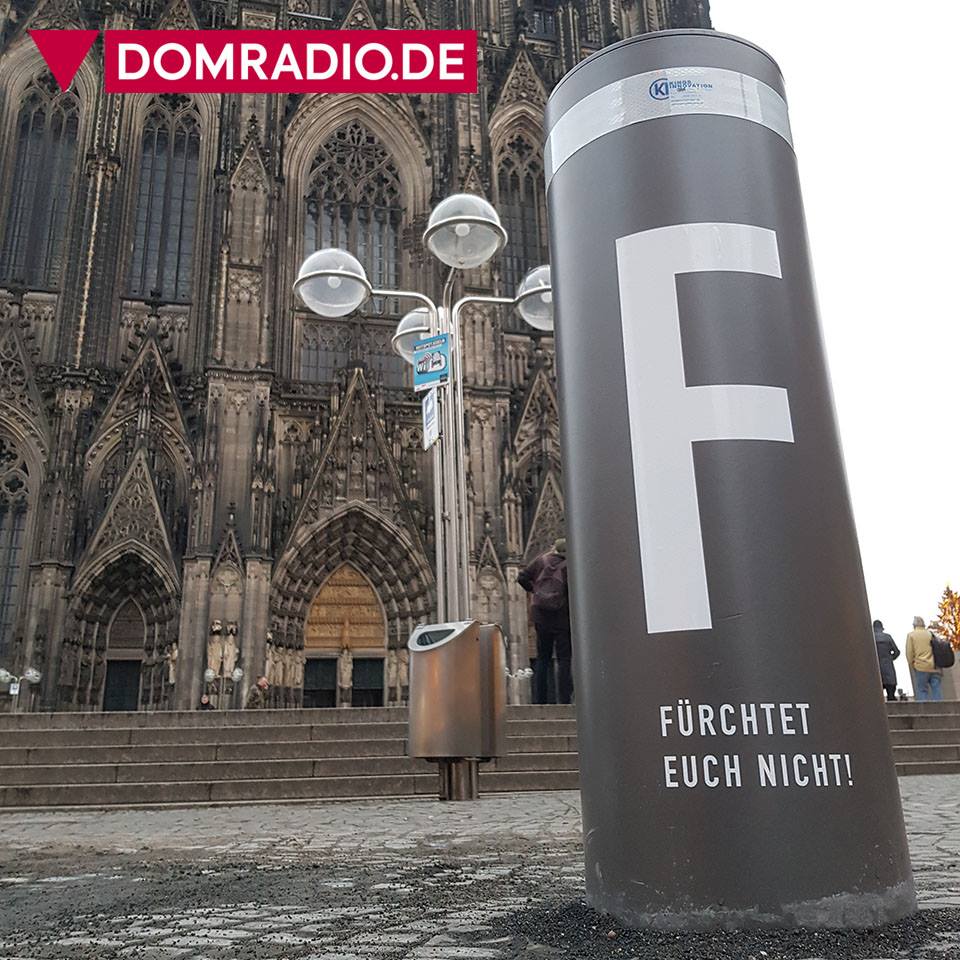 “Do not be afraid”, this bollard reassures us. Photo: Domradio

We reported yesterday that the City of Cologne will hand out a “respect” wristband to each New Year’s Eve visitor.

A dispute broken out between Cardinal Woelki’s domradio, who think the bollard message is a wonderful idea, and the city council spokeswoman who finds it in rather poor taste.

An original translation from General-Anzeiger Bonn:

City of Cologne: Dispute Over Christmas Message on Bollards

15.12.2017 COLOGNE. A christmas message, applied without permission, angers the city council. Friday morning, the employees of a close-by advertising agency had applied the phrase “Do not be afraid” in white letters on the barriers. “This is thoughtless and a nuisance”, a city spokesman said upon our enquiry. The pollards were an unfortunate necessity, and they would remove the letters.

But advertising agency chief Sebastian Hebler says “We see a scaring signal in the bollards”. They wanted to alleviate people’s fears with the message. The bollards were erected just shortly ago, to protect from terror attacks. (dpa)