This is as serious as it gets. A Tundra Tabloids’ correspondent files the following report from Lebanon under the pseudonym, “Patron of Beirut”, concerning the take over (read= Islamization) of his country by the Iranian backed, Hizbollah, and the Saudi backed Sunni. PB also reports that there is serious talk of an upcoming war between Hizbollah and Israel, as well as a civil war between Hizbollah and united Christian factions. KGS 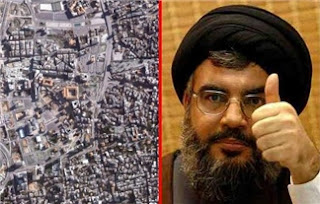 The Patron of Beirut:

The situation in Lebanon so far doesn’t look so good. There is tension in the air due to the municipality elections taking place next Sunday. There is a threat for the Christians in the region, if a war breaks out out between Hizbollah and Israel, the Shiia, the Hizbollah will take over the Christian areas in Beirut and in the South.

I have received messages from two sources with close contacts with the Christian parties, the Christian military forces there, that they are preparing for a war between them, (if Hizbollah starts a war with Israel) if Hizbollah starts to act against the Christian forces in the area, if they try to take over the mountain areas overlooking Beirut. They’re saying that Hizbollah will start the war by doing some kind of military operation in the south.

So Hizbollah will start some initiative on the border with Israel, and at the same time it will take a form of a civil war between the Muslims and the Christians, between the Shiia and the Marionites. According to my well placed sources, regarding certain Christian goups aligned with Hizbollah, (former general Michel Aoun’s ‘Free Patriotic Movement’ ), there won’t be any infighting between the different Christian groups, regardless of the past, even though that they have been aligned politically for some time now, between the head of army and Nasrallah.

So there won’t be any bi-lateral Christian-Muslim front against other Christians, it just won’t happen. Only the Lebanese forces (of the Christian factions) are well prepared with arms, they are well prepared for the upcoming war (with Hizbollah). They want to take over certain areas, on the high hills overlooking Beirut if the actions starts, because they want to use these areas against the F-16’s (Israeli warplanes), they are very tall mountains about 1.6 kilometers above the sea.

There is evidence that the Hizbollah will want to be in charge of the Christian areas (mountain range overlooking Beirut) if such a war happens between Hizbollah and Israel on the border. I know of Christians living in the diaspora who have been warned by politicians through personal contacts that it’s not wise to come to the south of Lebanon for the summer. I even believe that the embassies are starting to warn Lebanese citizens abroad not to come to Lebanon this summer, not officially, but quietly between private exchanges not to make the trip at this time.

The other big issue has been the buying of Christian land by Hizbollah which will devolve into taking of land once Hizbollah start something on the border with Israel, this is what will happen, what is expected to happen once things start. The Iranian government is controlling the PR front that that it doesn’t control Hizbollah but under the table they’re going to push them to start the move.

The reason why the big push is coming is related to Obama’s politics, possibly they feel that there is a tentative agreement between Washington and J’lem that Israel is not to attack Iran, but send a message to Tehran by attacking Lebanon and Syria, to be a warning of sorts to Iran. Just last night there is word that Hizbollah is moving close to the border with Israel, such a move is bound to cause a heightened sense of tension along the border and in the region.

The Christians of Lebanon are tempted, in particular in the South and in Beirut to sell their lands to Muslims, who continue threaten their existence in a country that used to be predominently Christian for centuries. Many express that they suffer serious difficulties and that the only solution is immigration, this has caused many families to abandon their properties and lands and leave their country.

The “sale of Christian territory” however is a phenomenon growing day by day, for years, which now reduces the effective Christian presence in the region.

In quite the opposite, both Shiaa and Sunnii groups have started to purchase lands belonging to Christians by creating commercial centres and institutions for this purpose. This process would start by searching for Christians who need money due the lack of jobs among the Christian communities. Sometimes there are no other options except that the land owner sells, even though prices are at a steal. The big question today is new demographic changes in Lebanon. Many contacts tell me that the source of the money is Iranian, in a long term strategy to Islamize the land. Foreign funds, many agree, is designed to link some areas in the South and the East Bekaa vally areas to ensure the dominating Shiia population as the political actor.