NOT a conservative, but in fact another far left collaborator, who usurped the leadership of the Conservative Party of Canada.

Note that he says exactly what Trudeau does, except using a kind of inverse math. Sort of like 2X2=4 becomes 4÷2=2. While Trudeau injects a few people with Confederate flags and has his personal photographer follow them around and get the shots he needs to poison the well and then transmits moral superiority over Canada at a million watts, O’Toole uses the exact same narrative and doesn’t question or even point at the 100% of real protestors who had nothing but good vibes, and in fact staged the largest protest in Ottawa history DESPITE every level of government sabotaging it in every way they could and STILL ZERO ARRESTS! O’Toole can’t be bothered to mention any of those things, and instead, uses Trudeau’s talking points but in an inverse way.

It is no surprise that the comments are turned off at Youtube for this guy’s repetitive and fake opposition speech. He even says that his policies and Trudeau’s are identical, but complains he doesn’t get the credit for them. Increasingly across the Western world, ‘opposition’ looks like this.

I do like the way he squeaks the French word, “Tout” though. 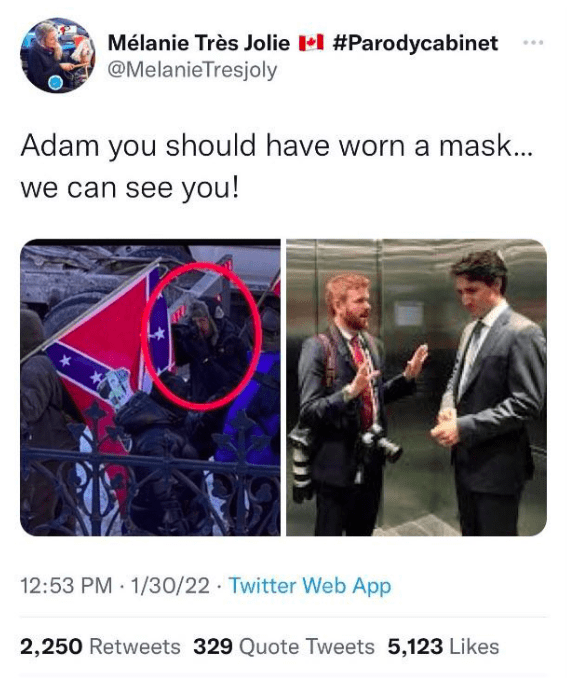 3 Replies to “A conservative Vs. a CINO”