Oh! In case you don’t think the exact same thing is happening here…

2. EXCLUSIVE: Nationwide Surge In Deaths Among People Aged 18-49: A State by State Overview

(Article is paywalled but the tweet has the punchline)

The importance of this article cannot be overstated.

All cause mortality is the single best standard to judge what we have done to ourselves.https://t.co/kM1UWQ5Jrv

3. A major Danish newspaper has published an apology for utterly failing their journalistic duty during the entire Pandemic, specifically, that they only reported the Government line on all things Covid. This is a good sign and maybe the first really truly good sign we have seen in quite a while. Put this link into Chrome and hit translate. 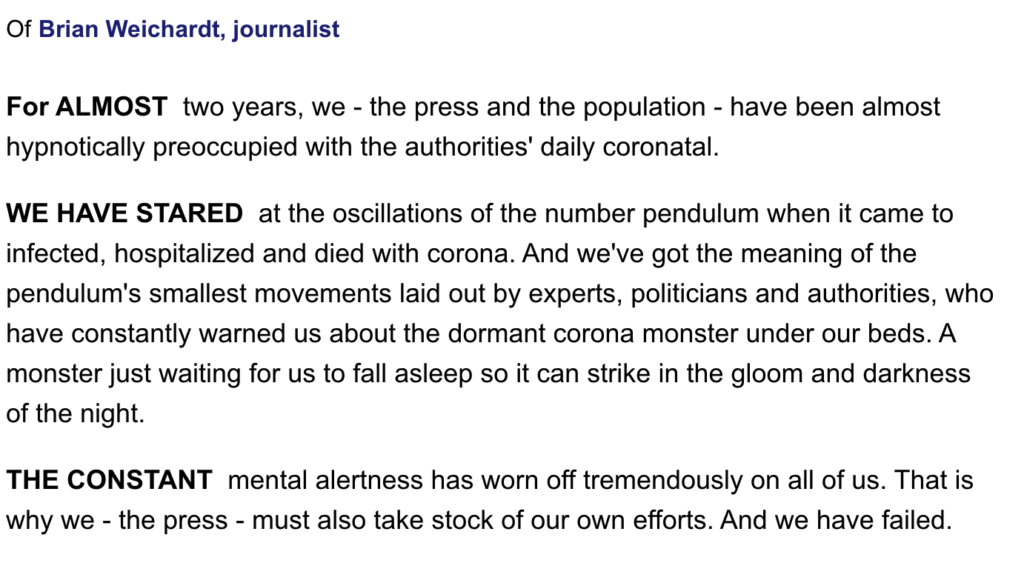 4. Australia’s Mark McGowan, working from the same little red book as Trudeau, heaps scorn and new regulations on the public but especially the hated individualist.

(I think its past time we had our own version of the deaf signing guy behind one of these tyrants. Ill see what I can do.)

5. The Dutch seems to be angry about something. Oh yeah, the total loss of freedom

Protests all across the Netherlands last night against COVID law. pic.twitter.com/qkMgO9a6Lv

Thank you all who care enough to look.

2 Replies to “Planned food shortages, another sign this is a Marxist revolution: Links 3, January 13, 2022”