As always, Alex manages to put across a few points rather well and rather subtly as well as his main point. In this case, that NY state has declared a new state of emergency that allows rejiggering hospitals and all in the name of a new variant about which nothing is actually known, and more importantly, not a single case has been reported in the state. He does offer an explanation as to why though, that is consistent with the far left modus operandi as well as the NYT reportage principles, and the cost of Vaxx mandates. Which is the real issue. No doctors, no nurses, no functioning hospitals.

Now this is a lie so brazen even Andrew Cuomo might hesitate to tell it.

New York’s new and unimproved governor, Kathy Hochul, last seen telling you to Get Vaxxed For Jesus (I kid you not), has now declared a “state of emergency” that will allow Health Department bureaucrats to block “non-urgent” medical procedures at hospitals. Because who needs a colonoscopy, anyway?

Hochul says the Xi – I mean Omicron, definitely not Xi! – variant is behind the emergency.

On a personal note, a friend of mine texted me last night. A long time friend of his died of myocarditis a week after his shot, which he didn’t want, but had to take to keep his job. His last words were: “F**k the shot”. This is the second friend he has lost to the mRNA injections.

[Photo removed till we get better authentication]

Authenticated. Its from Gelsenkirchen Germany (Thank you MissPiggy) 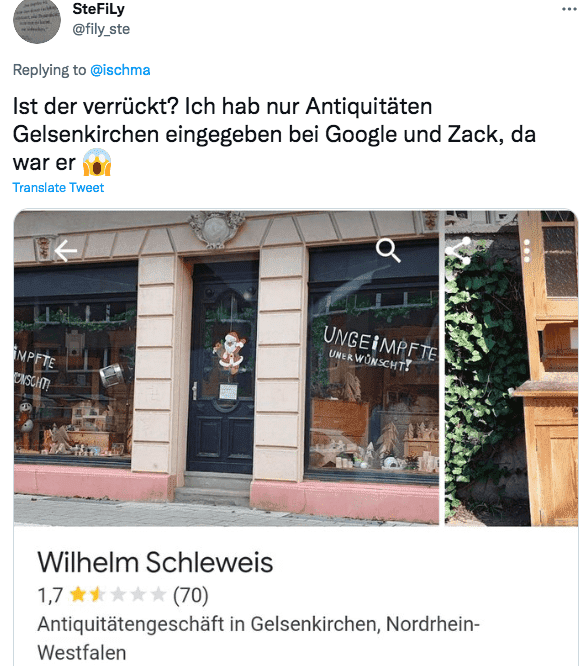 History doesn’t repeat, but it does rhyme