Yesterday we posted a video of a couple speaking in public at what appeared to be a demo, about the death of their healthy son who was in his early 30s, from the mRNA shots. Youtube either blocked it or geo-restricted it so that certainly no one in Canada, I don’t know where else yet, can see the video. We have restored it in the same post but left the Google note that the video is “unavailable”. UPDATE: Several Americans responded to our tweet asking if they could see it. One reported it was removed for “Community Guidelines”, others just say removed. So watch that video and know what Google considers not fit for you to see.

1. Frau Merkel talks up the newest wave of Corona ‘cases’ that will of course, neccesitate massive destructions of basic human rights, ignoring all the territories that did nothing and are fine.

2. She seems to basically get the Democrat party

Brutal! @laurenboebert went in for the KO and knocked them out. pic.twitter.com/Rbz7cMNFgI

3. ‘I AM a woman. This is bullying’: Iranian women’s goalkeeper denies claim she is a man and says she will sue the Jordanian FA after they demanded a ‘gender verification check’

The goalkeeper for the Iranian women’s football team has vowed to sue the ‘bullying’ Jordanian FA after they accused her of being a man.

Zohreh Koudaei, 32, saved two penalties in a 4-2 shoot-out victory over Jordan in Uzbekistan on September 25, meaning the Iranian women’s team qualified for its first ever Women’s Asia Cup.

But after the game Jordan’s FA demanded ‘a gender verification check’ on Koudaei from the Asian Football Federation (AFC). 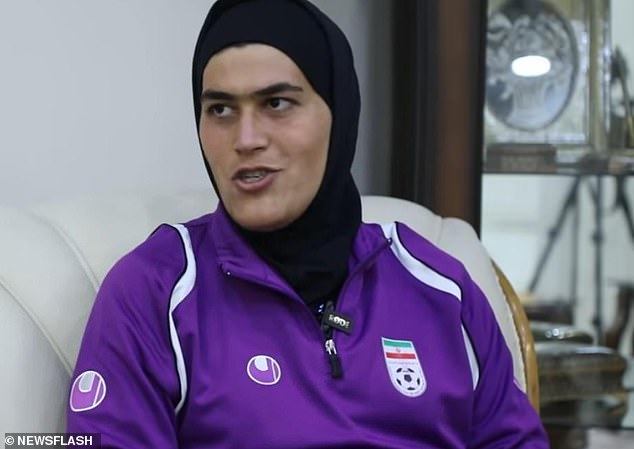 Whatever you may think of this story, its far less dangerous and consequential as this one from Toronto:

A 33-year-old woman is accused of sexually assaulting a young boy in a Toronto park two months ago.

4. Another major red flag about Covid vaccines and death

People appear to die at rates 20 percent or more above normal for weeks after receiving their second Covid vaccine dose, according to data from a huge Swedish study.

The figures are buried in a preprint paper on vaccine effectiveness released last month. The headline finding of the paper was that protection against Covid, including severe cases, plunged after six months.

The researchers did not explicitly examine deaths from all causes – which have risen since the summer in many countries that have highly vaccinated populations.

But on page 32 of the 34-page report, a chart shows that 3,939 of 4.03 million Swedes who received the second dose died less than two weeks later

The fed gov’t shields Pfizer from liability. Gives it billions of dollars. Makes Americans take its product. But won’t let you see the data supporting its safety/efficacy. Who does the gov’t work for?

The FDA has asked a federal judge to make the public wait until the year 2076 to disclose all of the data and information it relied upon to license Pfizer’s COVID-19 vaccine.   That is not a typo.   It wants 55 years to produce this information to the public.

As explained in a prior article, the FDA repeatedly promised “full transparency” with regard to Covid-19 vaccines, including reaffirming “the FDA’s commitment to transparency” when licensing Pfizer’s COVID-19 vaccine.

With that promise in mind, in August and immediately following approval of the vaccine, more than 30 academics, professors, and scientists from this country’s most prestigious universities requested the data and information submitted to the FDA by Pfizer to license its COVID-19 vaccine.

The FDA’s response?  It produced nothing.  So, in September, my firm filed a lawsuit against the FDA on behalf of this group to demand this information.  To date, almost three months after it licensed Pfizer’s vaccine, the FDA still has not released a single page.  Not one. Instead, two days ago, the FDA asked a federal judge to give it until 2076 to fully produce this information. […]

(Ask yourself, what would some drug dealing gang do, to protect a territory of 6 or 7 blocks in LA where they have a monopoly on sales for a recreational, non-mandatory drug. What would they do to competing gangs or sales forces? Then ask yourself what would Pfizer to for a trillion dollars and you have at least 50% of your answers to the last 2 years worth of questions including this one.)

Thank you M., Johnny U., Hellequin GB., Miss Piggy, Gates of Vienna, and all who contributed to the effort of preserving any aspect of Enlightenment values.