1. A 21 year old student dies of Covid complications after being fully vaxxed

(It looks like ADE. This video may explain what actually happened to him. In essence, when the 80% odd people who have natural immunity at this point get an injection which forces your body to make the spike protein you already have immunity to, it may cause ADE)

Shawn Kuhn, a senior majoring in exercise and sports science at the University of Georgia, passed away on Oct. 11 after battling COVID-19-based pneumonia for about six weeks.

Kuhn worked as a certified personal trainer at the UGA Ramsey Student Center and also worked at Chick-Fil-A on Atlanta Hwy, where he began as a server and quickly rose to a Team Leader. His aim was to become a certified physical therapist. Sharla Brook Kuhn, Shawn Kuhn’s older sister, said he was fully vaccinated.

2. NORWEGIAN cops have confirmed a bow and arrow attacker who last night killed four women and one man dead was on a terror watchlist.

The 37-year-old Muslim convert went on a half hour killing spree in the town of Kongsberg as cops desperately hunted him down following reports he was randomly targeting people.

‘Doctors,
My Dear colleagues.
We have been betrayed.

On Sept 20 the College of Physicians and Surgeons of Alberta had an emergency meeting.
2 days later, together with the Alberta College of Pharmacists, they banned the use of Ivermectin.

In this one act, the organization we kneel before, the College of Physicians and Surgeons, to whom we give our permission to govern over us, has destroyed our relationship to science.

The College of Physicians says: “Vaccination remains the recommended best option to prevent COVID-19, its spread, and the negative outcomes associated with it.” […]

4. Chicago head of the Fraternal Order of Police, tells his people NOT TO COMPLY with city vaxx order

Thank you all, here at Vlad and on the Mastodon pod for your contributions for the betterment of humanity, and liberty, and our divinely appointed rights. 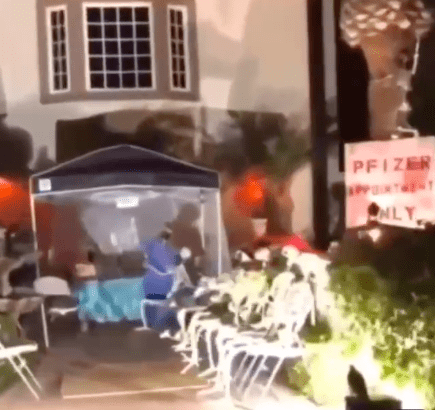 Halloween is all year now.