2. A couple of paragraphs from Gracelife.Ca, the Church at the centre of Alberta state Bolshevikism. Please read the whole document.

Having engaged in an immense amount of research, interacting with both doctors and frontline healthcare workers, it is apparent that the negative effects of the government lockdown measures on society far surpass the effects of COVID-19. The science being used to justify lockdown measures is both suspect and selective. In fact, there is no empirical evidence that lockdowns are effective in mitigating the spread of the virus. We are gravely concerned that COVID-19 is being used to fundamentally alter society and strip us all of our civil liberties. By the time the so-called “pandemic” is over, if it is ever permitted to be over, Albertans will be utterly reliant on government, instead of free, prosperous, and independent.

As such, we believe love for our neighbor demands that we exercise our civil liberties. We do not see our actions as perpetuating the longevity of COVID-19 or any other virus that will inevitably come along. If anything, we see our actions as contributing to its end – the end of destructive lockdowns and the end of the attempt to institutionalize the debilitating fear of viral infections. Our local church is clear evidence that governmental lockdowns are unnecessary. In fact, it is also evidence of how harmful they are. Without going into detail, we recently lost the life of one of our precious congregants who was denied necessary health care due to government lockdown measures.

The Supreme Court decided late on Friday to lift orders by Gov. Gavin Newsom preventing in-home religious gatherings, overturning a decision made by the Ninth Circuit.

This makes the fifth time the Supreme Court has rejected the Ninth Circuit’s decisions on California’s COVID-19 restrictions, as reported by Fox News.

And it’s exactly why we can’t allow Joe Biden to pack the Supreme Court.

4. This is a recent interview with a former VP and Chief Scientist at Pfizer in allergy and respiratory research. Im posting it mostly because Youtube removed it. I have nothing to say about the truth of the claim. But a lot to say about a monopoly company like Alphabet’s Google’s Youtube, which operates under special legal protections as a platform for diverse opinions, and very selectively deletes opinions and videos that go against one specific narrative, and against all of Google’s own statements of policy. There is a TON of misleading and unscientific videos on Youtube, and even adds for hocus-pocus treatments of disease. But woe betide the person who questions an experimental mRNA gene therapy, even one which is by the health boards of most nations, still not legal except as an emergency measure. Or for that matter, promotes safe potential treatments like Ivermectin or HCQ, Colchicine, and another one I can’t remember, where the downside of trying and failing is thousands of times less problematic than not treating the disease other than with morphine for pain (Sweden) Or a ventilator when its pretty much too late.

One point he makes early on:

He also claims that it is a flat out lie that the variants are a threat to anyone who has had the disease and gives his reasoning, which essentially is that the variants are such small deviations from the original Sarscov 2 that anyone’s immune system would not see it as a new pathogen and would react to it as well as the original. His proof of this is that people who had recovered from an earlier disease 20 years ago which shared 80% of the same proteins as Covid showed a full on immune response. So the variants we are warned about are minuscule in comparison. He covers a lot of the science behind the “mRNA Gene vaccines”, as he calls them, including why they cause blood clots in some people. This is a very good video. Deserves multiple watchings.

The good Doctor continues to speak about the immense amount of false information we are being fed, and why. His claims are spectacular in terms of why we are being so grossly lied to, but from the perspective of this chair, the best evidence for it, is the stunningly illegal treatment of Wikileaks founder, Julian Assange. His years of solitary confinement and psychological torture without trial, to this site appears to be a sign of his knowing things that one may not know. His book, When Google met Wikileaks are full of hints of some of the actors who are likely behind much of this. 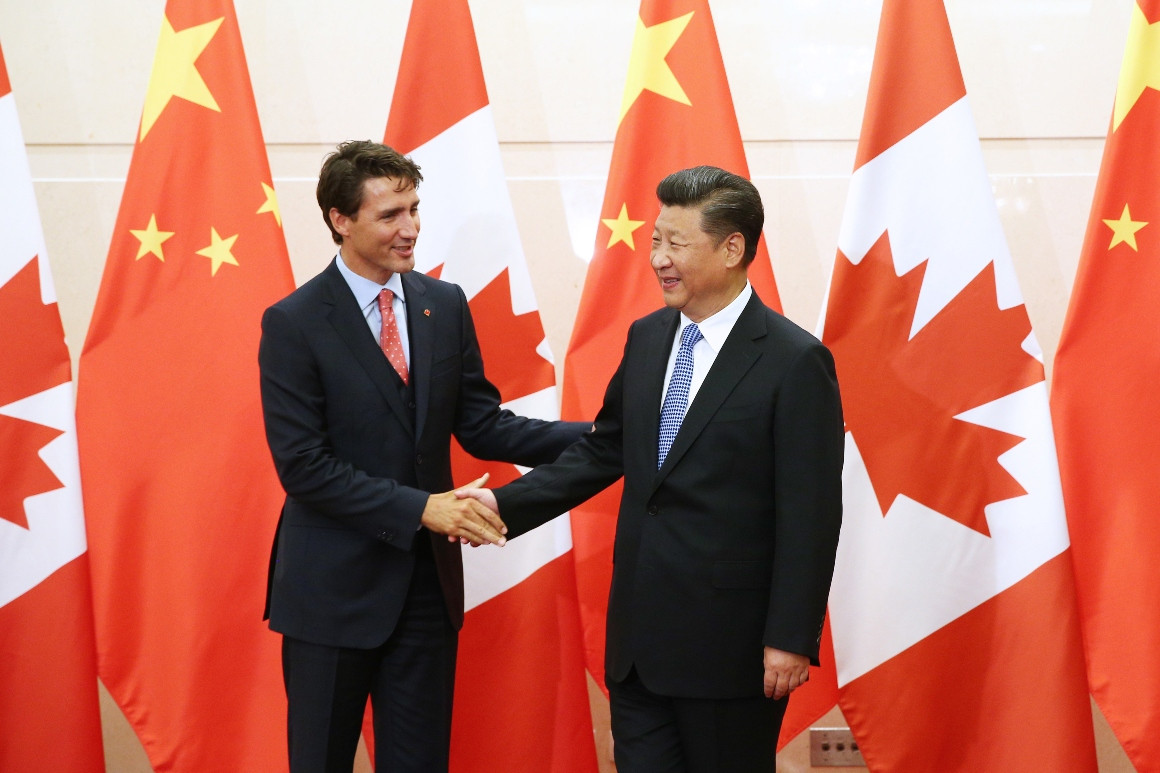 Would you take a vaccine from either one of those guys?

The organizers of one of the world’s most prestigious defense gatherings are in the midst of an uncomfortable international standoff between the Canadian government and China over a major award they had planned to give to the president of Taiwan.

The standstill, which is ongoing and has not been previously reported, has created tension between the Halifax International Security Forum and the Canadian government, which is a major sponsor of the forum.

Late last year, according to multiple sources familiar with the matter, the forum’s organizers decided to give its John McCain Prize for Leadership in Public Service to Tsai Ing-wen, the president of Taiwan. Cindy McCain, a member of the forum’s board of directors, greenlit the decision to honor Tsai with the prize named after her late husband.

It would have been the third time the HFX presented the McCain award. The first, in 2018, went to the people of Lesbos, Greece, for their efforts to save refugees; the second, in 2019, went to the citizen protesters in Hong Kong. HFX planned to give the third to Taiwan’s president for standing strong against China’s relentless pressure.

When Canadian officials learned of the forum’s plans, they made it clear that if organizers gave the honor to Tsai, the Canadian government would pull support — and funding — from HFX.

Thank you ML., M., Richard, PC., Chris Jones, @Media__Ferret, Pym Purnell, Miss Piggy and all who bring us a glimpse of the horror just outside our peripheral vision.