1. It is reasonable to believe that Dorsey of twitter is a leftist. As a leftist he has one standard. Anything which moves the culture leftward is to be promoted, and anything that interferes with that mission is to be blocked or cancelled. That explains this apparent hypocrisy, although in a leftist context it is not, and explains his answer.

The former director of the Centers for Disease Control and Prevention believes the virus that causes COVID-19 escaped from a lab in Wuhan, China, according to a new interview.

Robert Redfield told CNN on Friday that it was his “opinion” that SARS-CoV-2 — the new coronavirus responsible for killing 2.7 million people globally — did not evolve naturally.

“I’m of the point of view that I still think the most likely etiology of this pathology in Wuhan was from a laboratory — escaped,” said Redfield, who led the CDC during the height of the pandemic. “Other people don’t believe that. That’s fine. Science will eventually figure it out.”

3. Egyptian doctor, 34, is ‘beaten and thrown to her death from sixth floor balcony by her landlord, doorman and neighbor in honor killing for inviting a male colleague to her flat’

A female doctor has been beaten and thrown to her death from her apartment in Egypt in a so-called honour killing after she invited a male colleague back to the flat.

The 34-year-old, who has not been publicly identified, plunged to her death from her apartment balcony in Cairo two weeks ago, local media reported.

Three men – her landlord, doorman and neighbour – have now been arrested amid an investigation into her death.

The trio are accused of breaking into the apartment and beating her because she had spent time alone with a male colleague.

4. Some of you may know the subject of this Project veritas video for his hit piece on Amy Mek.

5. Failing to learn from the past 20 years of Islamic Jihad, the tried and true tactic of “Days of Rage” in order to force sharia law on Western nations and peoples, is continuing apace.

For a refresher on this, watch this 2012 video of Stephen Coughlin on the OIC role in enforcing Sharia. Go to around 42 minutes where he specifically speaks to Days of Rage. But that is what this looks like at Batley Grammar School. The whole video below is very worth watching.

Thank you Johnny U., M., PC., Yucki, Xanthippa, Sassy, EW., Bob Smith, Richard, ET., and MANY more, regulars, lurkers and new readers for all your efforts, thoughts and willingness to consider the possibility that all may not be as it seems, and government may not be a source of comfort and security at this time.

Still looking for the right motto for the CBC: 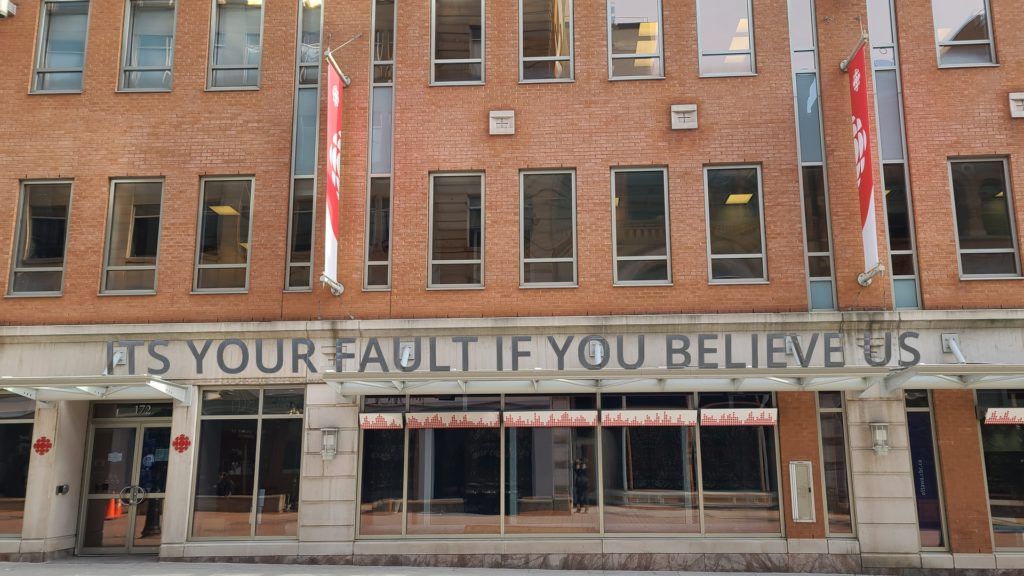 One Reply to “Jack Dorsey exposed, More experts say Covid is man-made, Days of Rage in England will lead to sharia: Links 2, March 26, 2021”